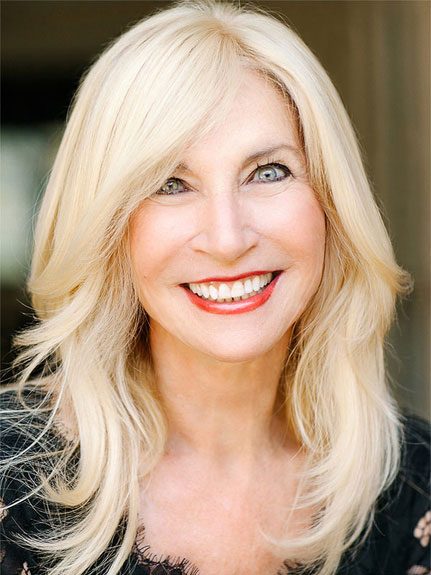 is one of the top real estate brokers in Southern California and has closed more than 5500 transactions totaling $8.5+ billion in career sales. As founder and CEO of the Sally Forster Jones Group, she leads a successful real estate team that continues to set the bar for Los Angeles real estate. Under Sally’s leadership, the team has been a constant fixture on the REAL Trends “The Thousand” list, where it has ranked among the nation’s top real estate teams year after year. In 2019, the Sally Forster Jones Group was also inducted into the inaugural class of the Inman Golden I Club as the top luxury team in the nation. Sally herself maintains a consistent presence on several “best of” lists for real estate production, including The Hollywood Reporter’s list of Top 30 Real Estate Agents and the Los Angeles Business Journal’s annual ranking of residential real estate brokers, where she was named among the top five agents for total L.A. County sales volume in 2019.

Team In
The Nation
Awarded by Inman, 2019

Each extraordinary estate deserves nothing less than exceptional representation. The Sally Forster Jones Group, backed by the resources of luxury real estate platform Compass, has the ability to bring each property to a global audience with discretion, taste and visionary marketing. With 13 agents and over 35 years of experience, chances are we’ve worked in your neighborhood. SFJ Group is uniquely positioned to cover real estate in all areas and price points. No matter where you are, our team structure and intimate knowledge of the real estate market and Los Angeles’ diverse neighborhoods means that we can be there for you. We look forward to building a partnership that exceeds your expectations and goals.

Meet The Team
prev
next

What Our Clients Are Saying

“ Sally and her team expertly marketed our property during a time of immense global economic uncertainty and after just closing our sale, we are convinced we made the right choice when selecting her as an agent. Sally and her team not only showed our home to as many potential buyers as possible, the team also vetted each of buyer to ensure they ... ”

“ I recently had the pleasure of having Sally Forster Jones represent me while purchasing a property. Sally’s attention to detail and professionalism streamlined the process and alleviated the stress usually associated with navigating a major real estate purchase. Through her extensive experience, Sally evaluated the unique features of the pr... ”

“ Sally and her team are great ! Selling can be stressful but I never believed that I was alone. Her team was always there with me. From the listing to the sale the " team " was there to help me through the process. Sally is the ultimate professional and was only a phone call away. She never failed to return a call. I highly recommend Sa... ”

“ We had an excellent experience selling our house with the Sally Forster Jones Group. Sally and her group are extremely knowledgeable, professional and responsive. We knew we were in good hands from beginning to end ”

“ I recently listed my home for sale with Sally. I am so happy with Sally and her team at SFJ Group. They were amazing at getting my transaction done smoothly and she went above and beyond to make it work. We would not have been able to close so fast without her and her team. I will definitely be using her in the future for my all my real esta... ”

“ The Sally Forster Jones Group was instrumental in the sale of a new construction home during the construction phase. Sally's experience provided for a smooth transaction as we worked through the six month process of completing construction and closing escrow. In this specific closing the Jones Group represented both sides of the deal and un... ”

“ Sally is the best realtor I’ve ever dealt with. Her knowledge of the market is unparalleled. She knows a property’s value and how to get the most out of a listing. I engaged her after I had 3 consecutive buyers pull out. The day she took over the listing, I had offers for full asking. Sally had fully vetted the potential buyers and advise... ”

SFJ Group in the Media

Peek Inside The Iconic Paramour Estate That Is Now On the Open Market
&nbsp; For the first time ever, the nearly century-old Paramour Estate is for sale on the open market, listed with Sally Forster Jones of Compass for nearly $40 million Architect Robert D. Farquhar—known for ...
Read More
Inside Judy Garland’s Malibu Beach House
Tour the $3.89 million home where Judy Garland once lived with daughter Liza Minnelli &nbsp; &nbsp; Recently listed for $3.89 million, the former home of Judy Garland, her second husband Vincente Minnelli, ...
Read More
California Cities Made for Horse Lovers
These areas in the south of the state offer an exemplary equestrian lifestyle—often with beach access to boot &nbsp; The equestrian estates of Southern California offer big blue skies, wide-open spaces and the pr...
Read More
Talking With Real Estate Royalty – The One & Only Sally Forster Jones
Talking With Real Estate Royalty – The One &amp; Only Sally Forster Jones &nbsp; Greetings and Welcome to the Real Estate Entrepreneur Podcast; I am your host Peter Lorimer, Partner/VP of Corcoran Global Livi...
Read More
Step inside this glamorous resort-like home, once owned by Shaquille O’Neal
The house boasts soaring views, a home cinema and, of course, a basketball court… An opulent home once owned by basketball phenomenon Shaquille O’Neal has gone on the market for $9.25 million. The plush home sits i...
Read More
From A Former Convent To A Multimillion-Dollar Mansion: Los Angeles House Lists For $40 Million
Los Angeles’ Silver Lake neighborhood isn’t usually known for homes with hidden cupboards where alcohol was stowed away during Prohibition. Nor is it known for asking prices in the tens of millions of dollars. But bo...
Read More
Trophy Home Nestled in Los Angeles’s Hollywood Hills Hits Market for $22 Million
The new build has a turntable in the garage, plus spa treatment areas and sweeping views A suave newly built trophy home nestled among the winding, mansion-laden streets of the Hollywood Hills in Los Angeles is set to h...
Read More
Take a Look Inside Judy Garland's Former Malibu Home That's Listed for $3.895 Million
This charming Cape Cod–style home on the Pacific Coast Highway offers unobstructed views of the Pacific and a sleek chef's kitchen. Who needs the Royal Palace of Oz when you have pristine Pacific views from nearly eve...
Read More
Our 2020 Numbers are In!
We’re looking back at 2020 to celebrate the success of the SFJ Team! Taking pride in our competitive edge, we are proud to announce that our 2020 numbers totaled an incredible $593 million, pushing our total sales volu...
Read More
After Buying $63 Million Beverly Hills Estate, Billionaire Investor Nabs the House Next Door
Less than four months ago, Nicolas Berggruen doled out $63.1 million at auction for L.A.’s storied Hearst Estate — previously known as the Beverly House thanks to its prime locale on North Beverly Drive. Now the Pari...
Read More
Patreon Founder Sam Yam Buys $14 Million Palisades Mansion
One of the Los Angeles area’s most successful new mansion developers is Ramtin Ray Nosrati, founder of Huntington Estate Properties. Astute real estate watchers may recall it was Nosrati who last year sold a wild Bre...
Read More
$26 Million Japanese-Inspired New Build Lists in Los Angeles’s Trending Encino Neighborhood
The high-design property, dubbed “ŌNIN,” is inspired by the country’s 15th-century history &nbsp; A sleek, Japanese-inspired “modern farmhouse” has come on the market in the Royal Oaks section of Encin...
Read More
Home sales should stay strong this fall: MoxiWorks report
Despite the ongoing coronavirus pandemic and the looming autumn season, a new report from real estate tech firm MoxiWorks suggests home sales will remain strong during the next month and a half. The report indicates...
Read More
Rates for 15-year mortgages continue slow rise from prior lows
Mortgage rates have remained largely unchanged in recent weeks, aside from a gradual rise in rates for 15-year loans &nbsp; Rates for 15-year mortgage loans continued to creep ever-so-slightly upward this week, con...
Read More
The Hollywood Reporter: Hollywood’s Top 30 Real Estate Agents
Top brokers are seeing record sales as wealthy entertainment-industry clients trade up for more space amid the pandemic &nbsp; &nbsp; Sally Forster Jones COMPASS “Being true to yourself and leading with ...
Read More
Despite cooling housing market, pending sales continue to climb
During the 4-week period ending Sept. 5, pending sales rose 6% from the year before, according to a report released Wednesday by Redfin The number of homes sold above list price — and the number of homes sold within a...
Read More
Even before the pandemic, rents weren’t expected to rise this high
Rent prices were 9% higher in July than at the same time last year, evidence of a rental market recovery in full swing &nbsp; The nation’s rent prices had already surpassed pre-pandemic expectations, but now the...
Read More
Half of homes sold over list price in July: Study
But the latest numbers, provided by OJO Labs, do hint at possible improvements in the ongoing inventory shortage Approximately half of homes in the U.S. continued to sell for more than their asking prices in July, accor...
Read More
prev
next
Stay on the cutting edge with local analyses, articles, reports, and news.
View Blog

Find us on Social