The inimitable modernist architect Louis Kahn used to carry a small notebook he would fill with punctilious phrases such as “light and silence” or “the eternity of the spirit.” When these sentiments are read while confronted by his designs, an appreciable calm sets in. His wide-ranging work has influenced generations of architects, including those at the L.A.-based firm Standard Architecture. Inspired by Kahn’s legendary design of the Kimbell Art Museum in Fort Worth, Texas, the architects built a farmhouse-shaped home located in the unlikeliest of places: Los Angeles.

“I took a course on Kahn’s work in architecture school and studied his buildings closely,” says Jeffrey Allsbrook, a partner at Standard Architecture. “In the Kimbell, the stairs are between the galleries; that helped us conceive the idea of making the main living spaces open from front to back.”

This family home was built on the scheme of three parallel gabled volumes with stairs between them. Each volume of the structure houses a different type of living space. Yet all three volumes open to an outdoor patio that overlooks the city. Much like so many of Kahn’s designs, this home reinforces the connection between the built environment and nature.

Tour this remarkable modernist home below. 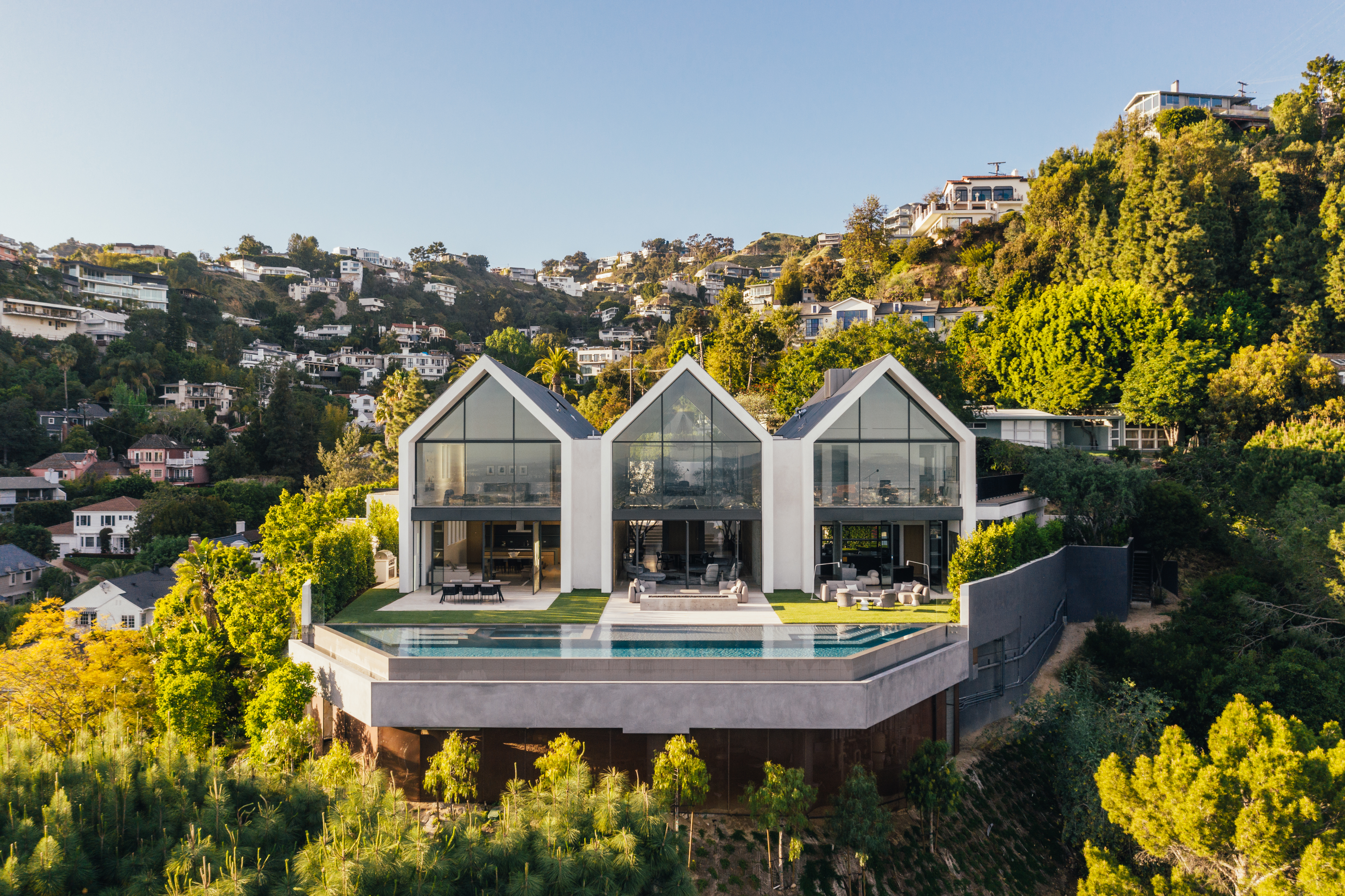 The stunning modernist home is located in the Hollywood Hills enclave of Los Angeles. 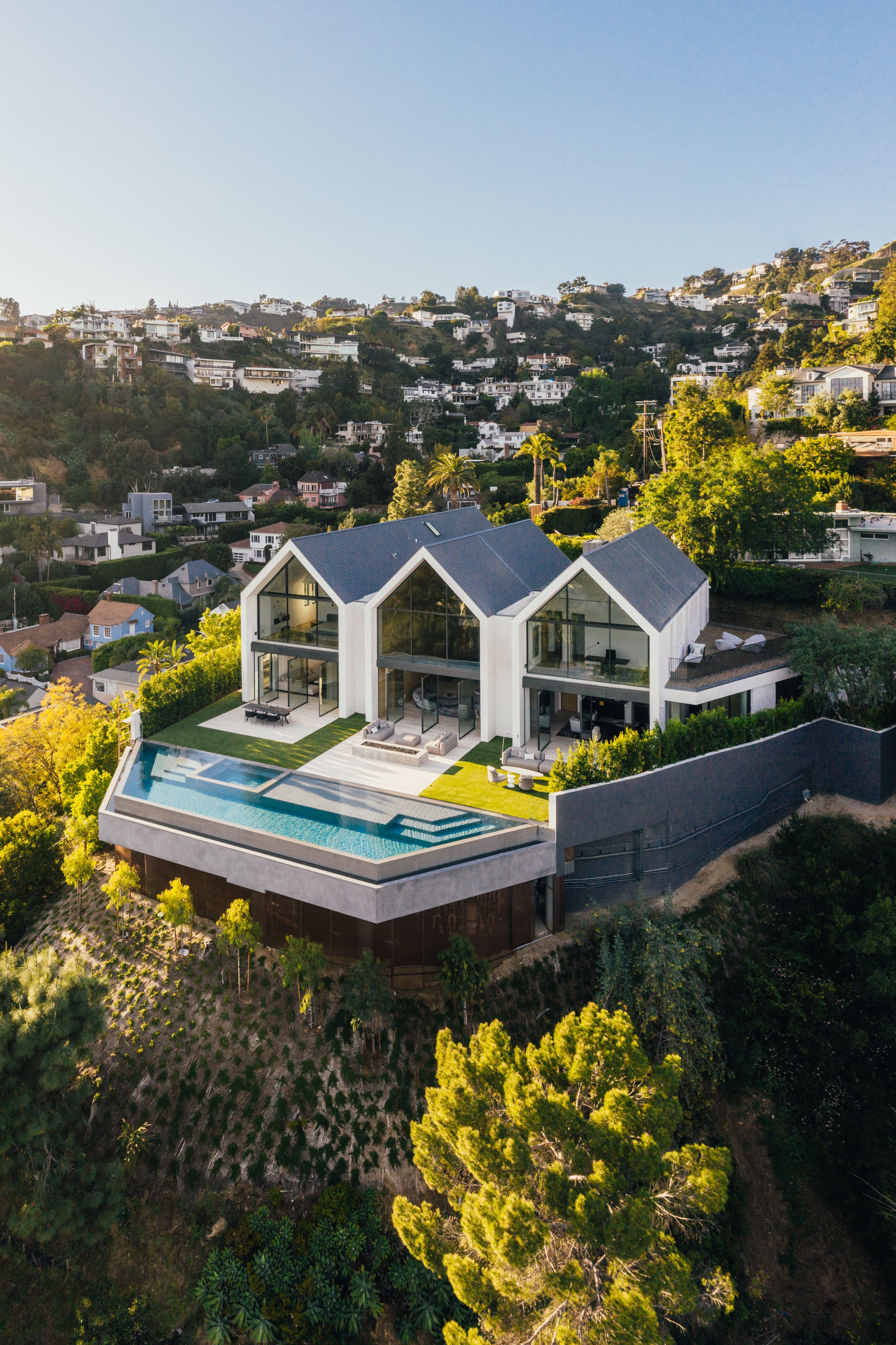 “We kept the exterior materials simple: white plaster and zinc-color metal roofing,” says Jeffrey Allsbrook of Standard Architecture. The architects also built the home on a perch along the side of a hill, allowing for more space to be used off the back patio. 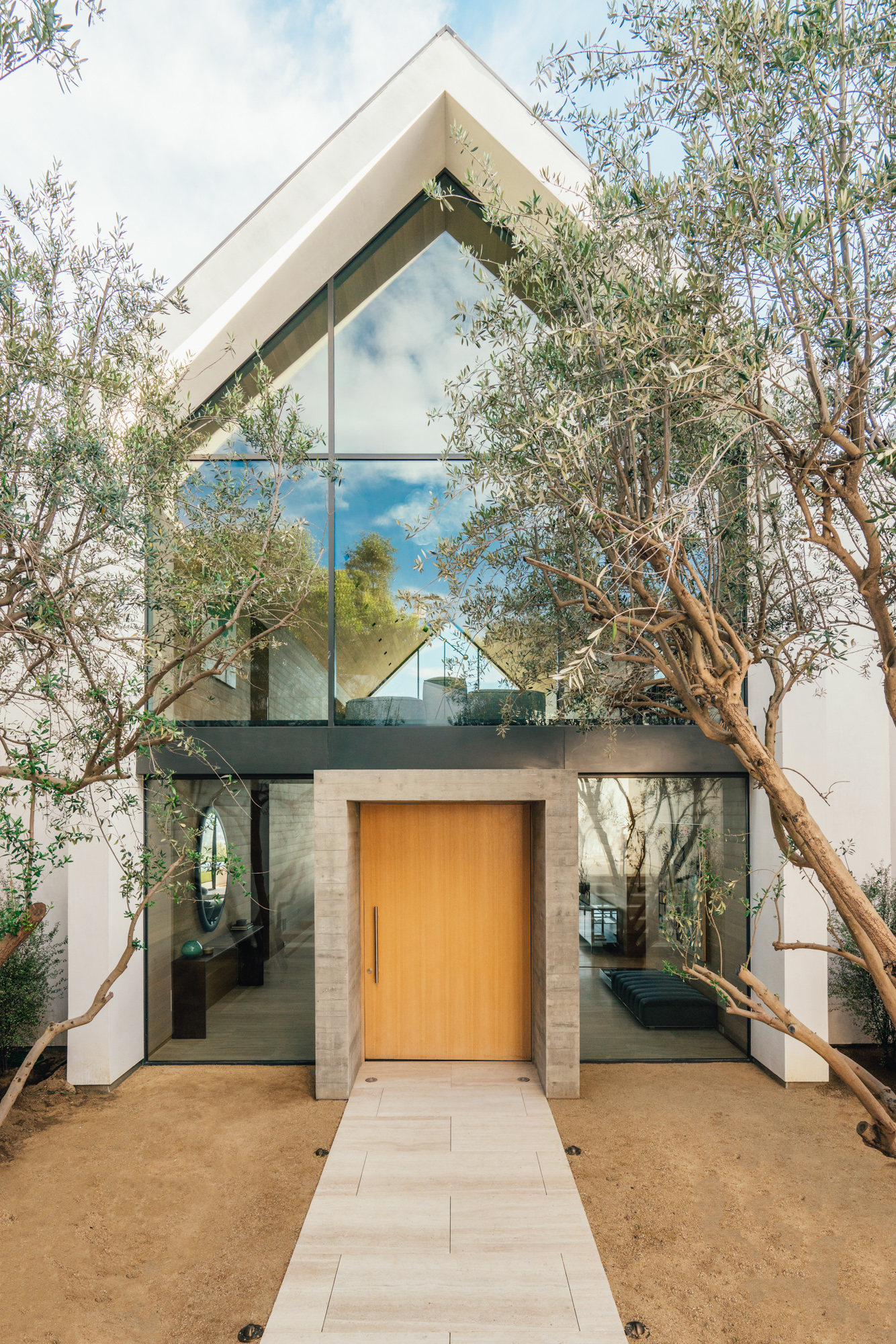 “The house is tall and the space was tight, so creating a meaningful entry experience was the biggest challenge,” says Allsbrook. “Arriving at the house, you descend into a small courtyard that has a more intimate scale. We framed the door in a concrete cube flanked by two mature olive trees. These elements bring a human scale to the house and precede the drama of the interior height.” 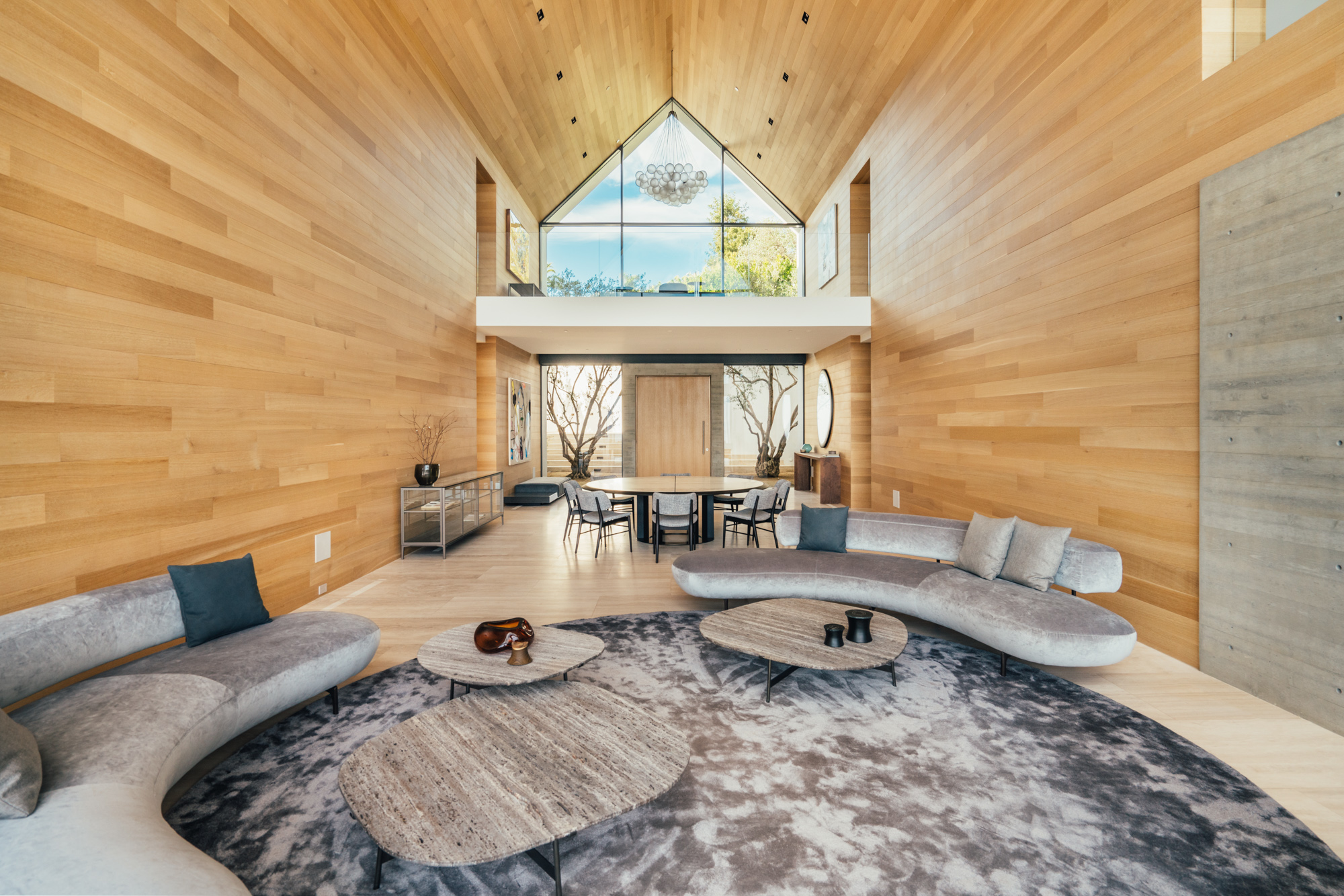 For the interior, the architects used natural, warm finishes throughout the space. “We chose travertine floors on the main level so we could extend the space seamlessly to the outside,” says Allsbrook. 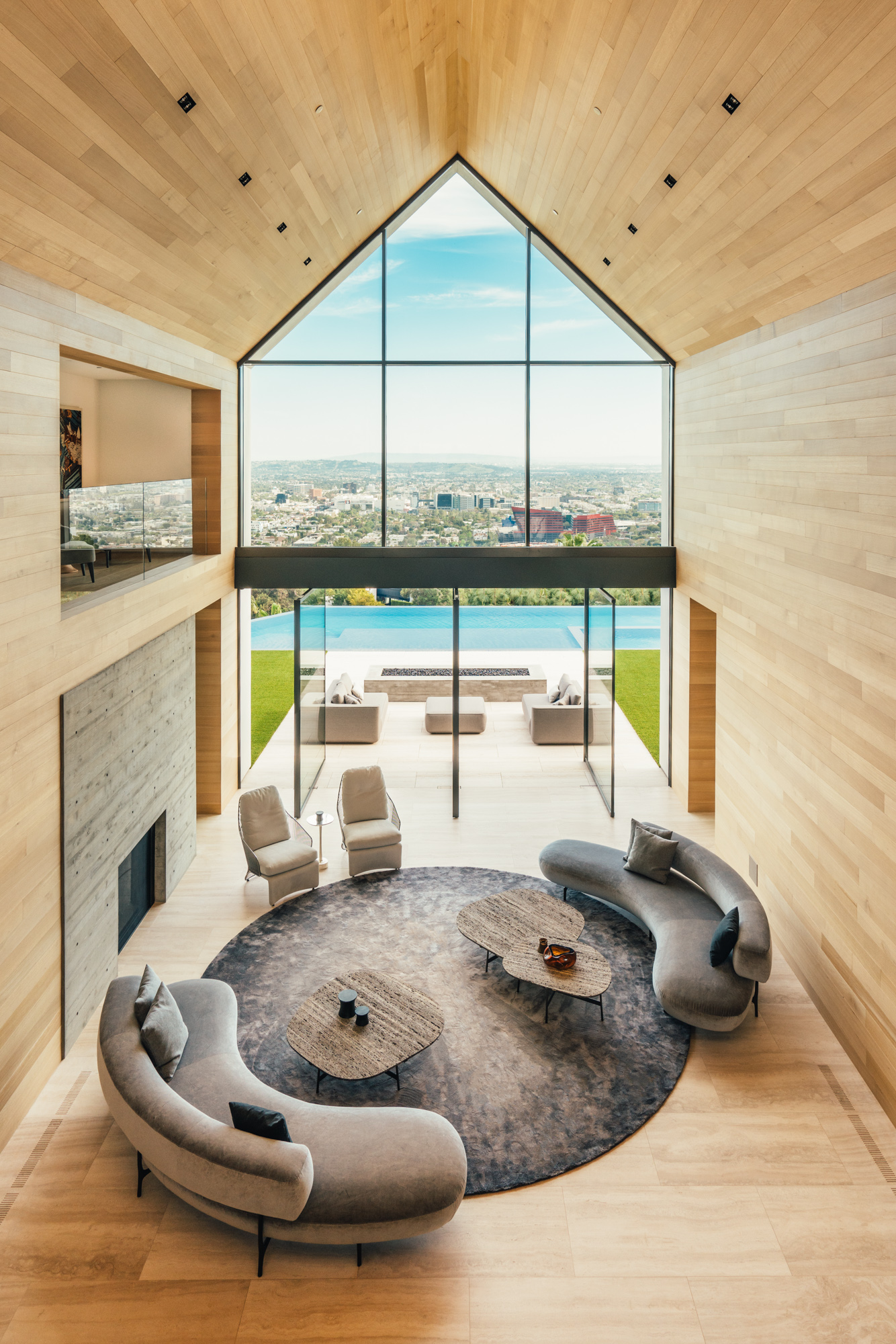 “The central two-story volume is clad in oak siding to contrast the smooth white exterior, complemented by gray finishes like board formed concrete and stone,” Allsbrook adds. 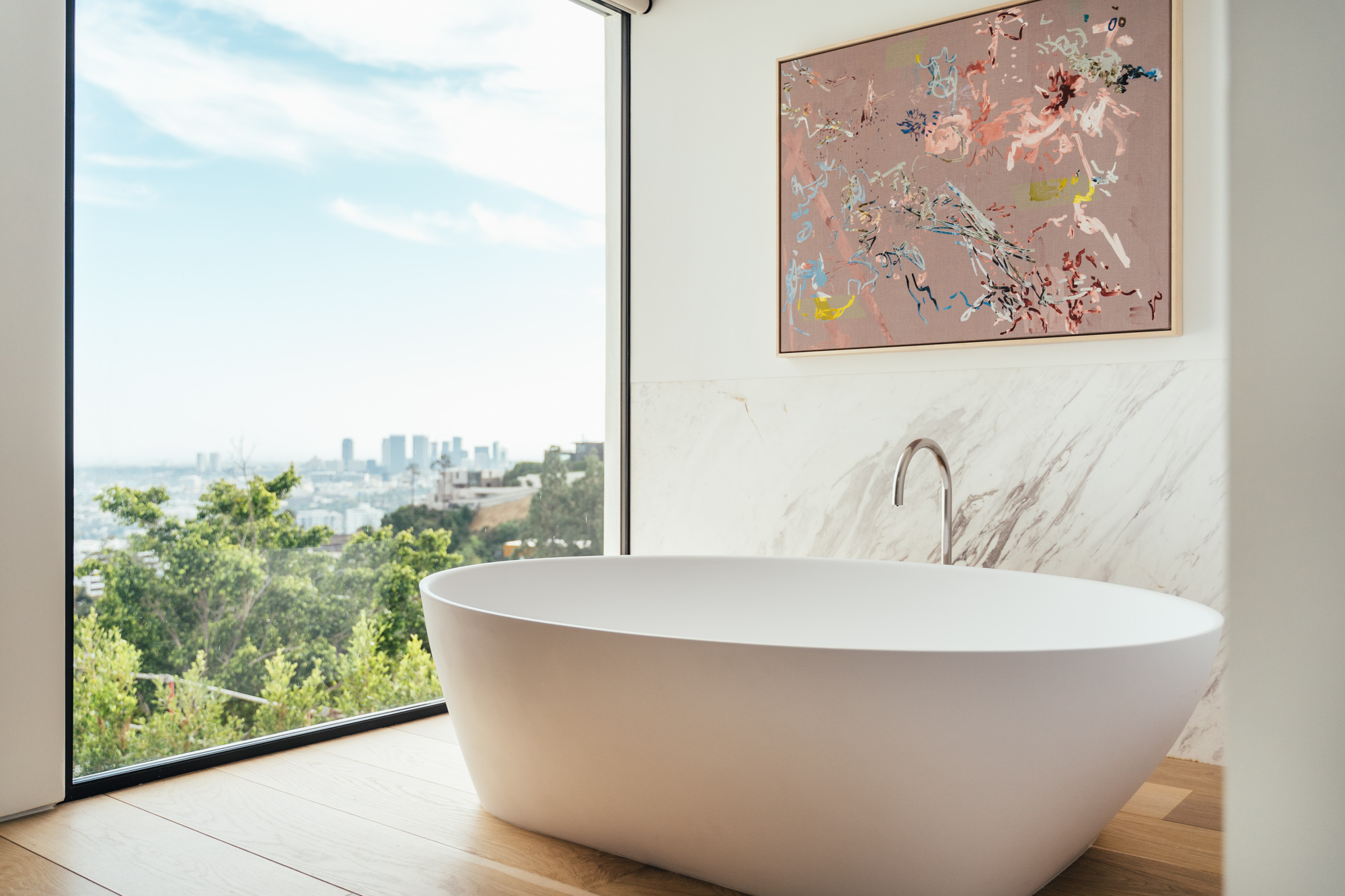 A look from inside the master bathroom shows stunning views of the city. 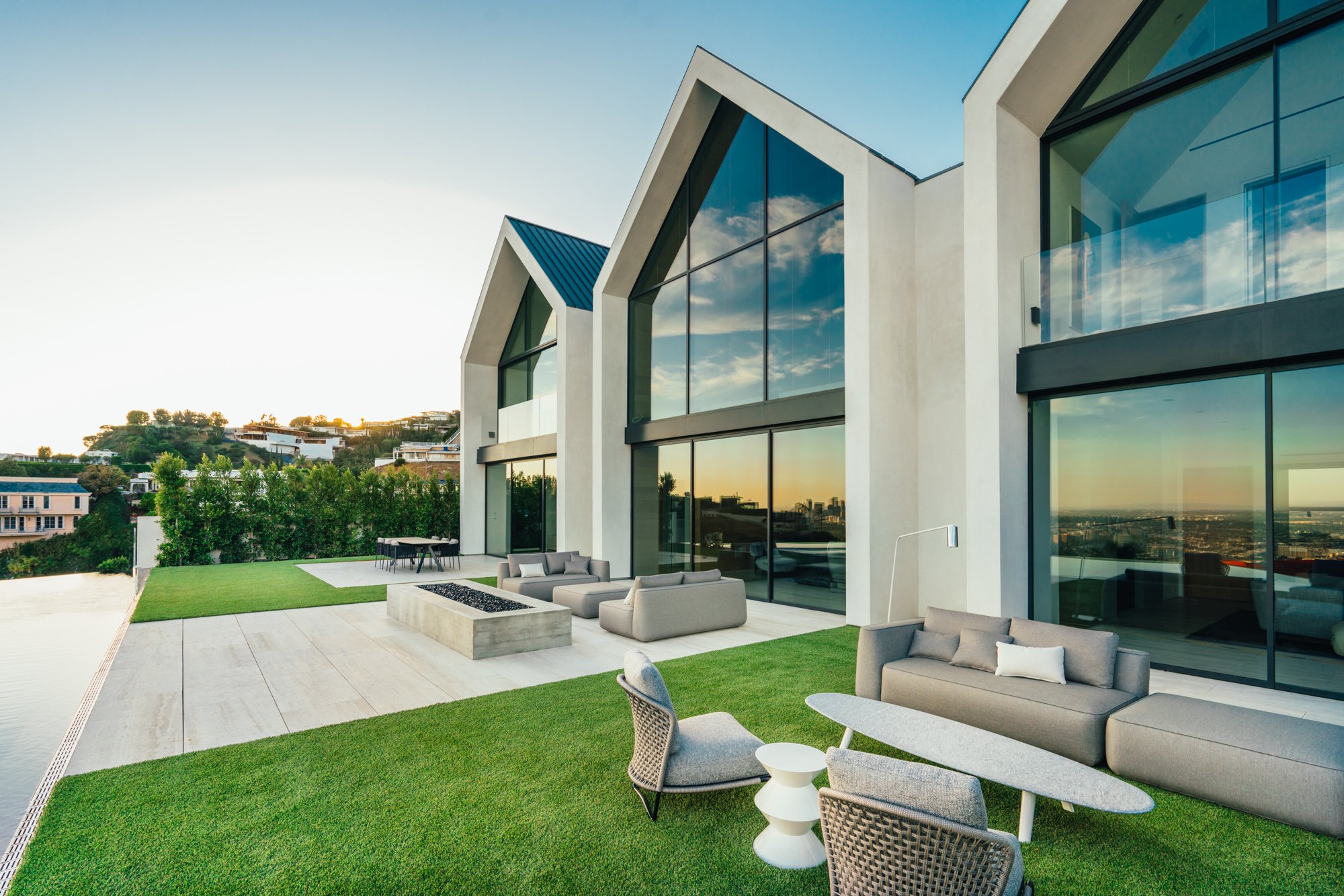 The floor-to-ceiling windows offer ample views from indoors and stunning reflections on the outdoor patio. 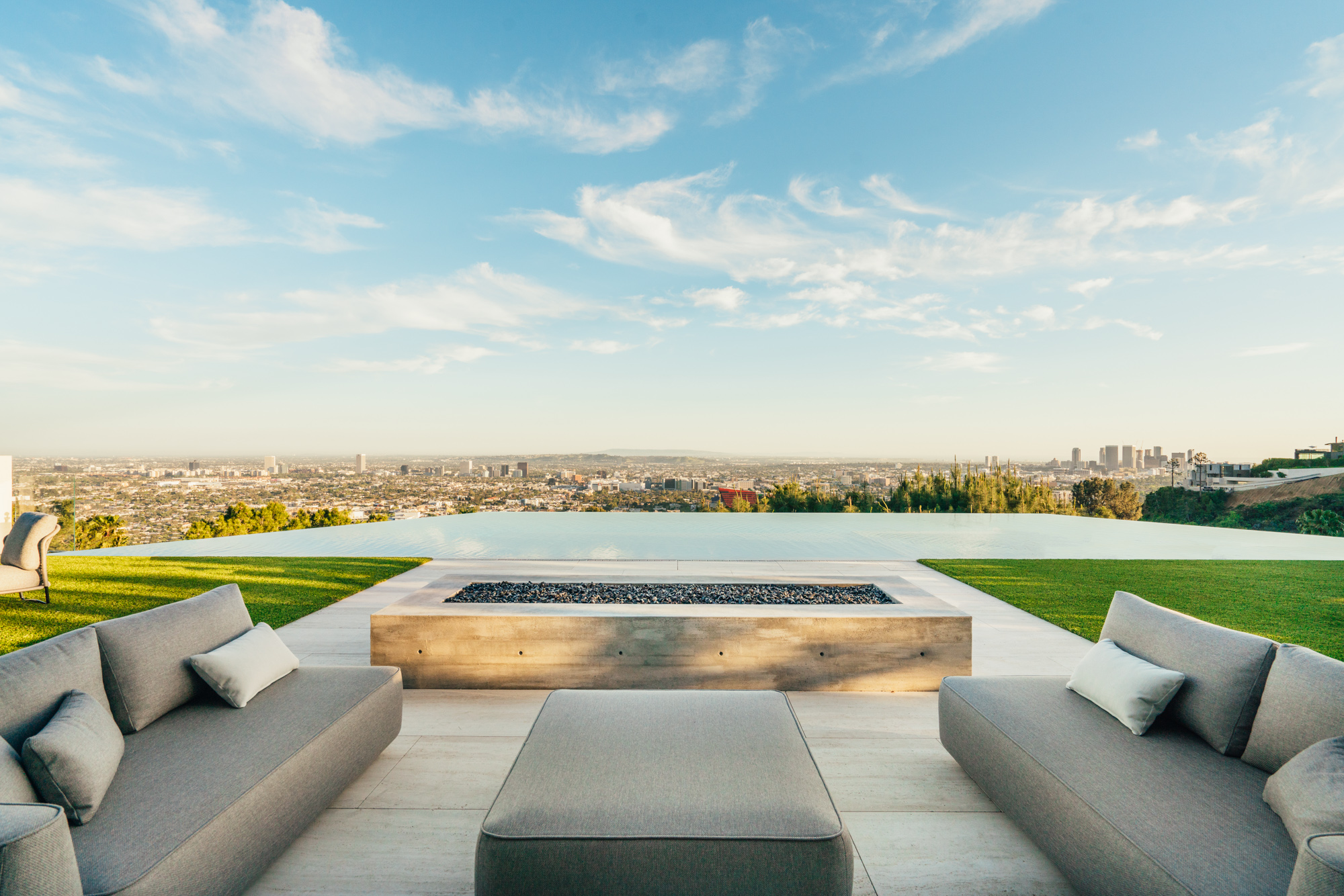 A view from the back patio shows uninhibited views of Los Angeles.