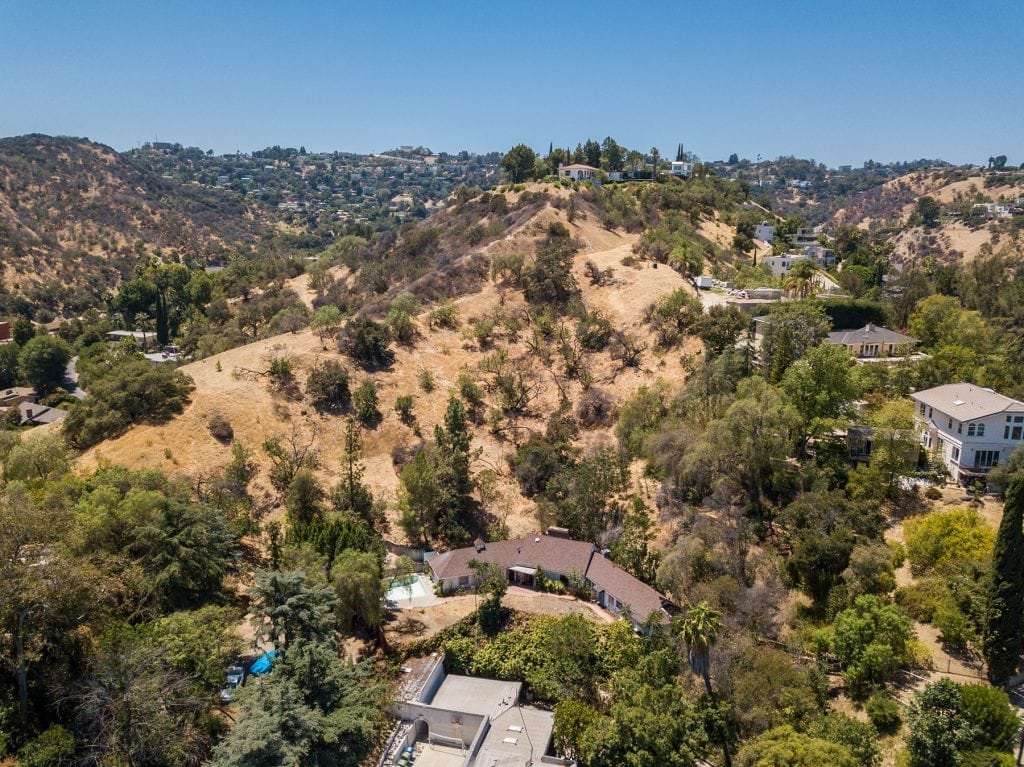 At first glance, this home seems like any other three-bedroom, three-bath ranch in California’s San Fernando Valley.

However, it includes a recording studio where greats including Barbra Streisand, Stevie Wonder, and Prince have recorded music. Then you realize the owner is producer, composer, and musician Craig Huxley—who’s worked on a number of soundtracks for iconic movies—and it dawns on you that this is a music fan’s wonderland.

Huxley recently put the place he’s lived and worked in for 40 years on the market for $1.95 million. In fact, he says he’ll be happy to help a new owner create music in the studio. Now that’s a real-deal sweetener for aspiring artists.

Within the home studio high on a hill south of Ventura Boulevard is an iconic instrument Huxley created himself: a 16-foot-long blaster beam, which has been used on hundreds of TV and movie soundtracks and albums.

The studio was christened “Enterprise Origins,” in a nod to the Starship Enterprise. So it figures that William Shatner himself has spent many hours there. Currently, Huxley is working on music for the virtual reality game “Raw Data” and the Seth MacFarlane Fox series “The Orville.”

“The new owner will want to do some work on it, but will also definitely appreciate the great energy,” she adds. “The history makes it so much more enticing.” 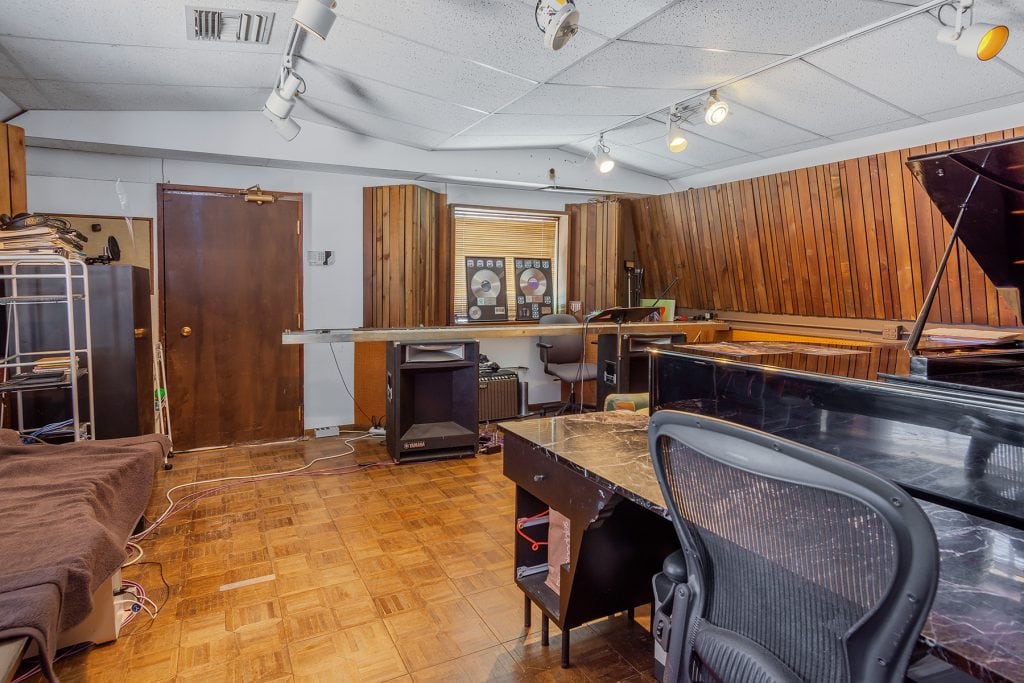 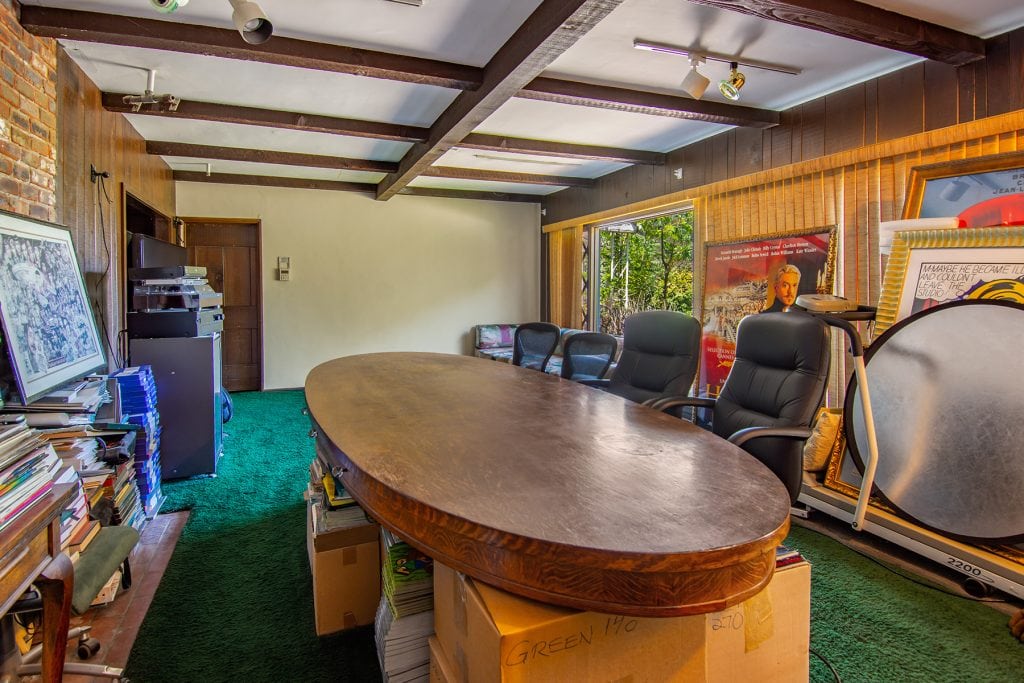 Another enticing feature is the location, according to co-listing agent Shauna Walters, director of luxury estates with Compass. “It’s located up a long, private drive, with views of Ventura Boulevard, and has been very popular with artists and musicians.”

Case in point? Famous next-door neighbors have included rhythm and blues legend Barry White and Slash of Guns N’ Roses, both of whom have recorded in Huxley’s studio. 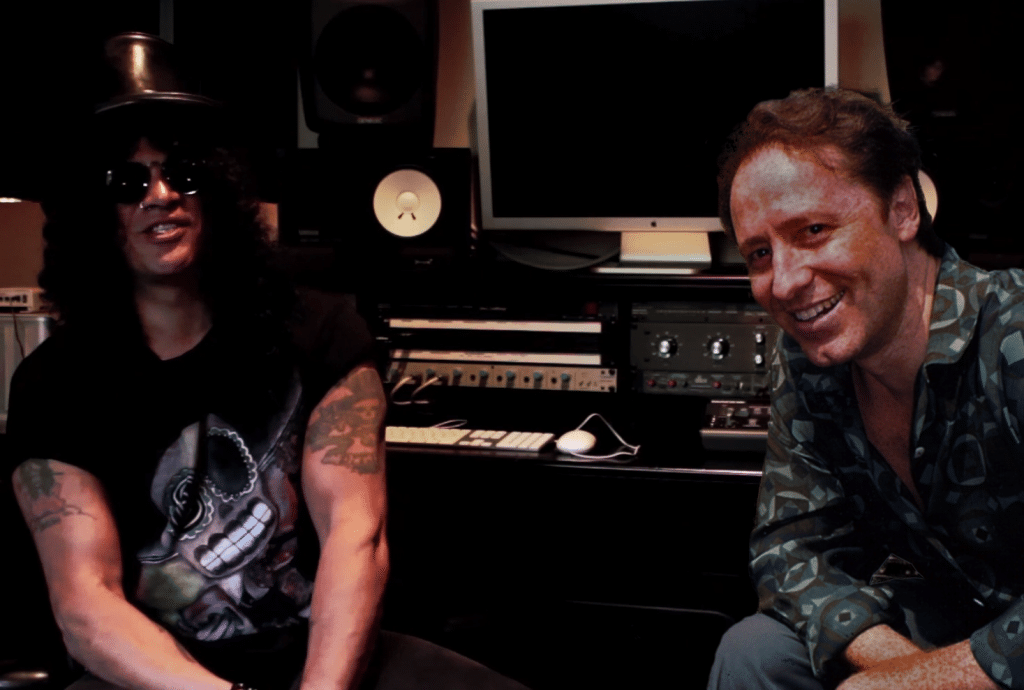 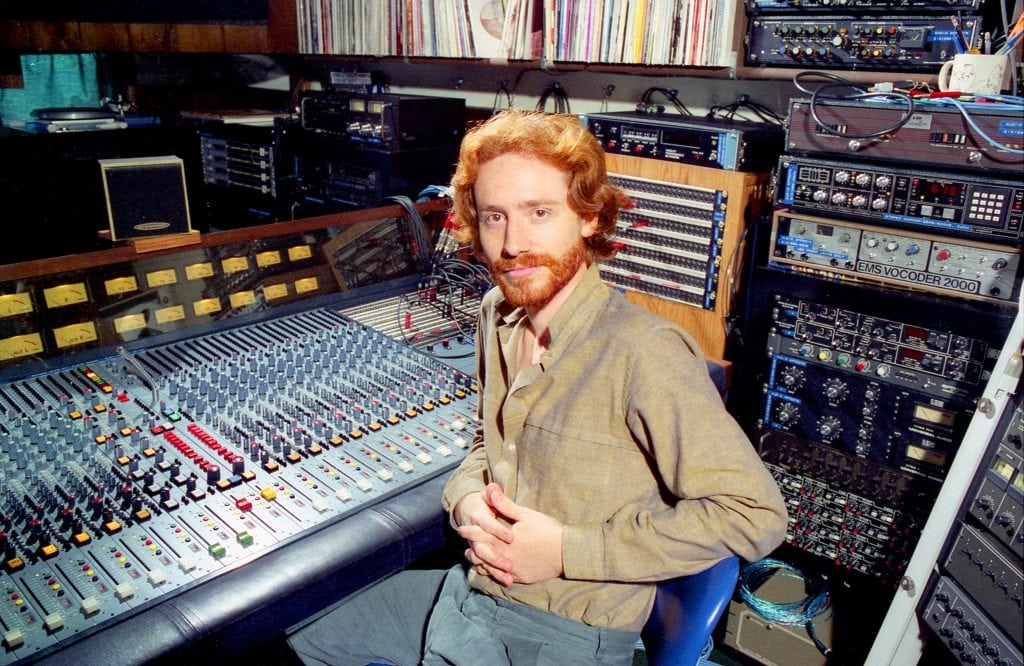 He told us it’s so private and secluded, Streisand was comfortable recording there for an entire month.

“Her bus took up all five parking spaces out front,” he recalls. He explains that the two-room, soundproof studio makes up an entire wing of the house, which sits in the middle of a large lot, which further keeps any sound from bothering (or intriguing) the neighbors.

The large lot also backs up onto Santa Monica Mountain Conservancy space, which is “like your own private park,” says Huxley.

“Selling this home will help us to save elephants and other wildlife,” he says. So if you buy this property, you’ll not only receive musical guidance from a production genius, but you’ll also help the animal kingdom.

Huxley got his start in the entertainment industry as a child actor. At 14, began focusing on music, touring the world as both a concert pianist and the leader of his own jazz band. He then turned his talents to electronic music, creating several instruments and playing on albums for Stevie Wonder, Michael Jackson, and Earth, Wind & Fire.

He went on to found the Enterprise Interactive in 1984 and has worked with superstars such as Beyoncé, Britney Spears, and Paul McCartney. And yes, most of those famous folks have visited his studio on the hill. Who will be next?