Spanish style homes are generally characterized by red tile roofs, thick stucco walls, and courtyards that function as an extension of the interiors. Thanks to its year-round sunny weather, Los Angeleshas long been a natural choice for the free-flowing, entertainment-friendly abodes.

The following examples of Spanish contemporary and Spanish colonial residences will make you want to forgo modern manses in favor of timeless abodes with a bit more flair. 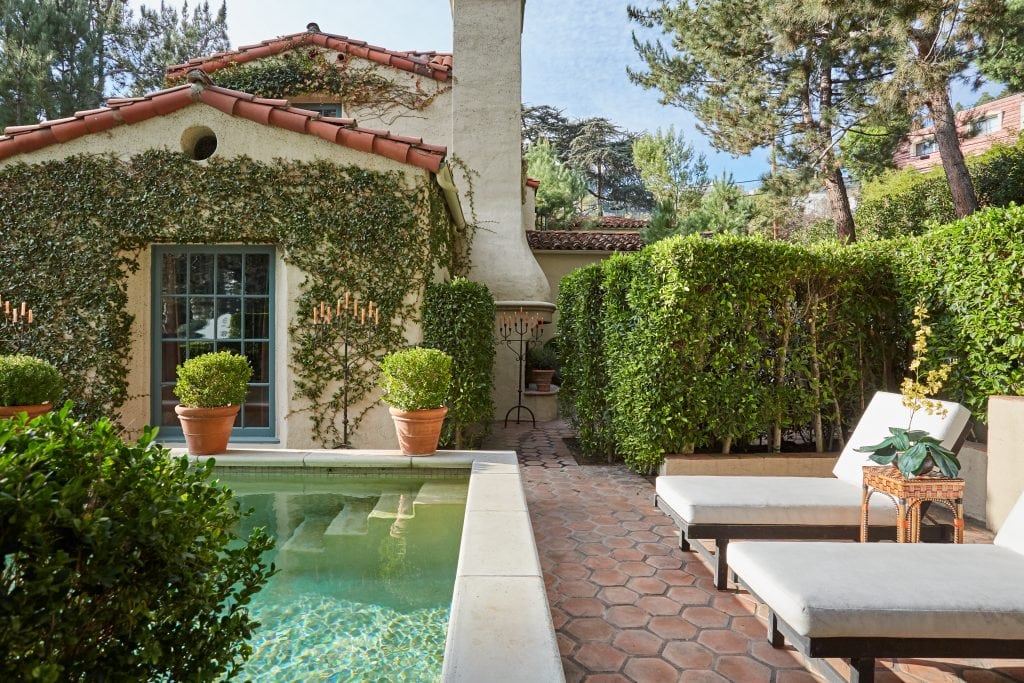 Slated to hit the market for the first time in almost two decades, this Spanish Colonial estate is nestled into the Hollywood Hills above the Sunset Strip. The 6,550-square-foot residence is equipped with six bedrooms, seven baths, and a double-height library with a lavish fireplace and wet bar.

After purchasing the home in 1999, celebrity interior designer Craig Wright set about updating the home with vibrant colors and materials during a decade-long remodel. Hand-crafted moldings, archways, cove ceilings, and classic columns speak to the home’s historic roots, while a romantic courtyard with a fireplace and plunge pool create a resort-style escape.

The old-world home is on the market for just under $8 million. Sally Forster Jones, Bryce Lowe, and Kirby Gillon of John Aaroe Group hold the listing. 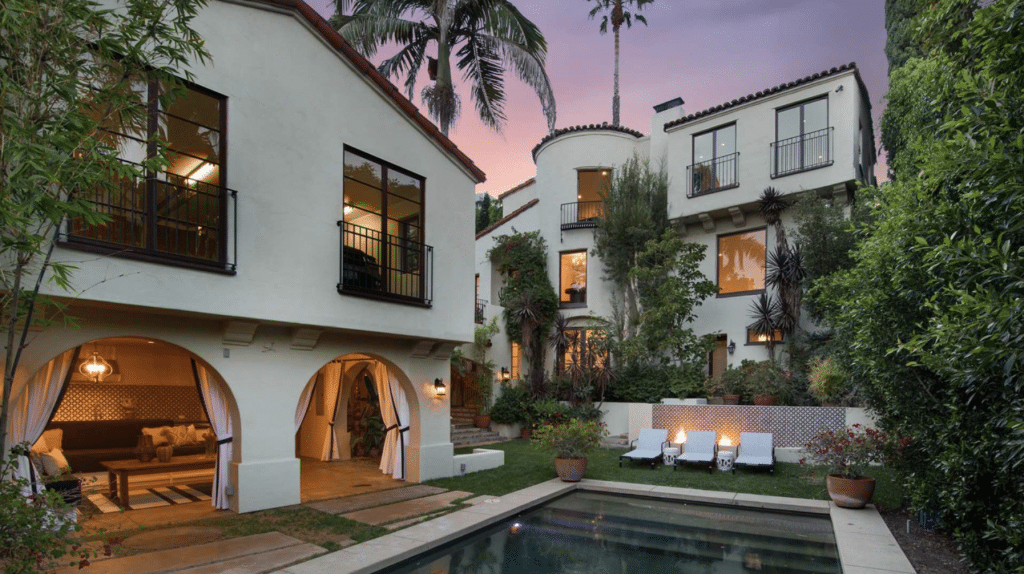 Located just north of the Sunset Strip, this Spanish contemporary home was recently renovated by celebrity designer Roxy Sowlaty. The 4,593-square-foot home features traditional details like a red tile roof, colorful tiles, and curved archways as well as modern amenities like a custom chef’s kitchen with Viking and Sub-Zero appliances. In addition to a master suite with a walk-in closet and sumptuous bath, the home has two upstairs bedrooms with private balconies and a lower level guest bedroom.

Offering everything from a movie theater to a manicured backyard with a pool and outdoor kitchen, the $4.95 million home was made for entertaining. Gloria Castellanos of The Agency holds the listing. 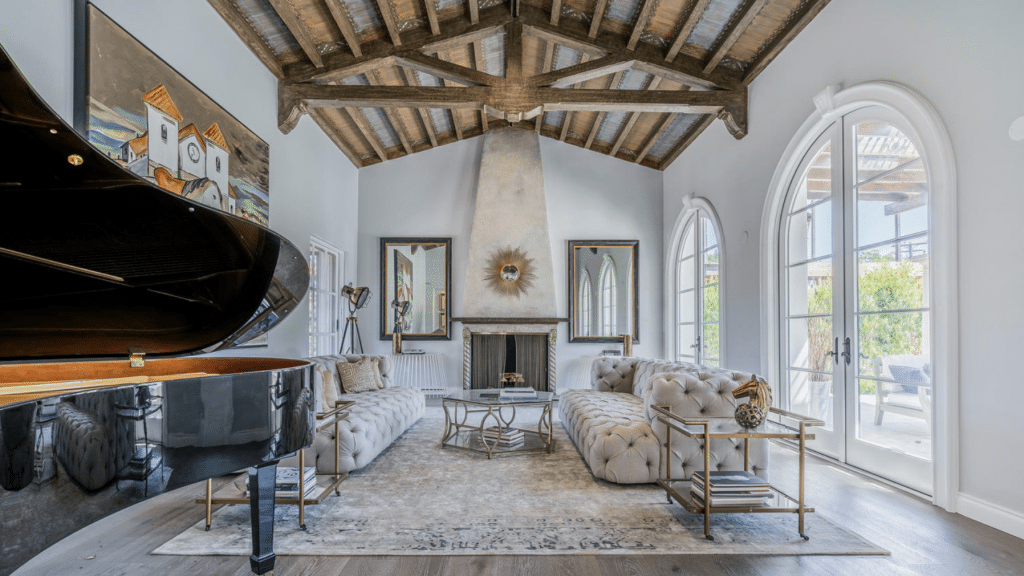 When architect Wallace Neff designed this Spanish Colonial Revival home in 1926, he expected the Beverly Hills abode to stand the test of time. And the five-bedroom dwelling has indeed endured through the years, even surviving a crash-landing by Howard Hughes in 1946. (The famous filmmaker and aviator accidentally sliced the right wing of his XF-11 airplane into the upstairs bedroom during an unsuccessful landing attempt, barely missing the occupants.)

The renovated 6,500-square-foot home displays curvaceous windows and archways, hand-painted cathedral ceilings, and marble floors. In the backyard, a swimming pool with water features and a barbecue area create an entertaining mecca.

The home is currently on the market for just under $14 million. Aaron Kirman and Louis Evans of John Aaroe Group hold the listing.