Spanish-Style Home Where Marilyn Monroe Allegedly Lived Is for Sale

The megastar is rumored to have resided here with musician Ray Anthony, who owned the home and once threw her a party on the premises 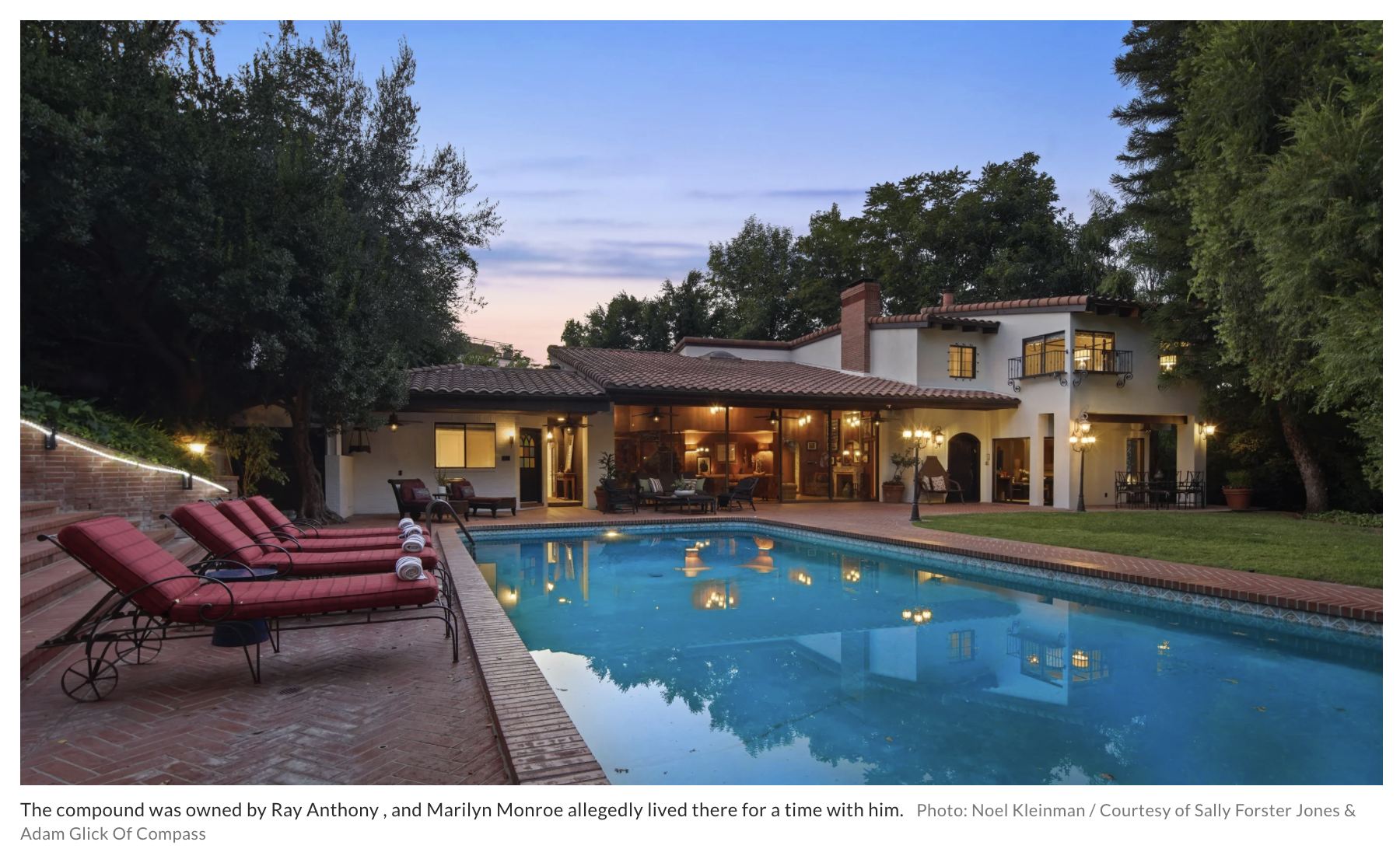 A Sherman Oaks, California, estate with an interesting Hollywood connection is now on the market for $5.475 million. The secluded compound, consisting of a five-bedroom main house and a three-bedroom guest cottage, was once owned by jazz musician Ray Anthony, who was a popular big-band leader in the 1940s and ’50s. He was rumored to have had a romance with Marilyn Monroe, though in 2018 the now-98-year-old Anthony told The Hollywood Reporter that the pair were “just friends.” It is also rumored that the iconic actress lived with him in his Spanish-style house for a time.

Speculation aside, what is known for sure is that Anthony threw a huge, star-studded party in Monroe’s honor at the home in 1952. And, according to the property’s real estate agent, the dwelling has welcomed other A-list guests in the years since, including Quincy Jones, Sharon Stone, and Gene Simmons.

The residence sits on a little over half an acre and has a classic stucco exterior and red terra-cotta roof tiles. Inside the main house, quite a few rooms feature eclectic decor, including the kitchen, which has distressed wood cabinetry. The living room is decorated in earth tones and features an intricately patterned bar area and upholstery on the walls behind it. Large windows look out from the space to the red-brick pool deck, which has a large staircase leading to an upper portion of the property. A metal spiral staircase leads from the living room up to the second floor, where the main suite and two of the guest bedrooms are located.