Selling a home? It takes a village

First published in The Real Deal

UPDATED, July 30, 10:18 a.m.: A pessimist might say that the Golden Age for the residential broker has long since passed — that Zillow and broker-free platforms like Purplebricks, as well an increasing number of pocket listings services, are chipping away at the agent’s role in real estate to the point where it might one day disappear.

But conversations with top Los Angeles luxury brokers paint a different picture, one requiring more agents in the field as big producers increasingly staff up their teams with specialists in order to offer a greater swath of potential clients data-rich market intel — with, of course, a personalized touch not found online.

“The way the market is right now, it’s very hard to be an individual agent,” said Compass broker Sally Forster Jones, who oversees a team of 25. “I couldn’t possibly do all the things my staff is doing as well as they are. The goal is to have everyone do the things that they’re most qualified to do.”

And with high-end listings languishing on the market for months, a big team can get more eyeballs on a property, according to Douglas Elliman broker Matt Altman. “A team is always better,” said Altman, who with his brother Josh oversees a team of 11. “If I have a new property, 700 people see it instead of 30 people.”

Below, top L.A. agents tell The Real Deal how they make the team structure work for them. 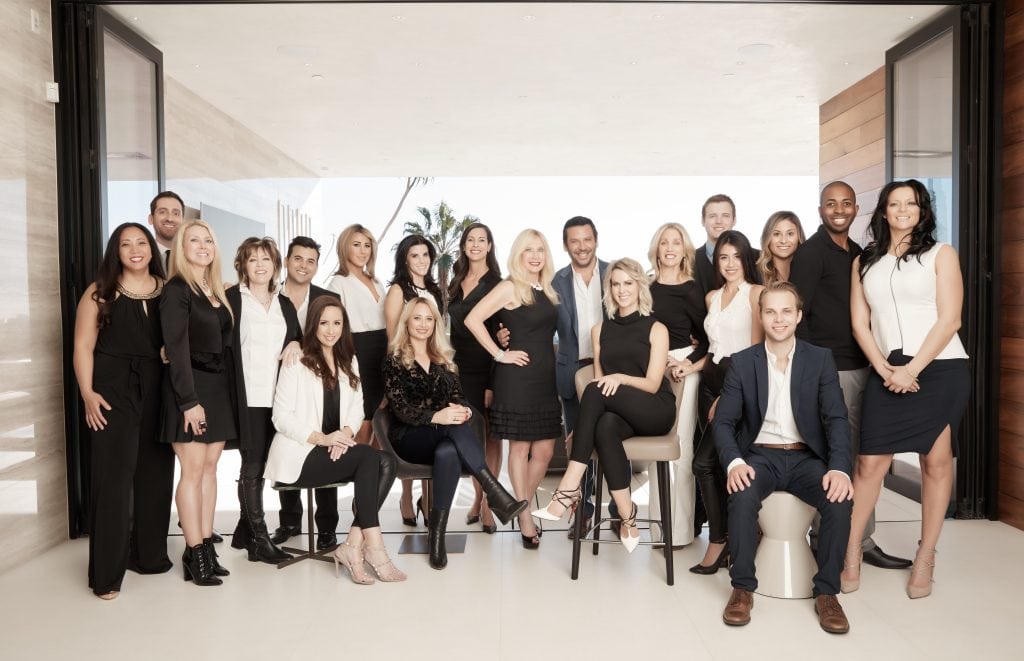 Sally Forster Jones has been in the real estate industry for more than four decades, which has given her plenty of insight into how to grow a team.

“I spend a lot of time training,” she said. “When I’m comfortable with a staff person, then I’m not micromanaging, I’m letting them do their own thing.”

Jones said that early on in her career, she realized the only way to grow her business was to focus on selling and delegate the tasks not directly tied to producing. She started with an assistant when she was doing about $25 million in annual sales, then expanded the marketing team, then brought on staff who could help with escrow, “and it just evolved from there.”

Today, that team, which closed $120 million in annual sales in TRD’s spring ranking*, has grown to about 25 people. About 10 of them are dedicated to marketing, transactions, listings and general administrative roles, while the rest are agents. Jones said they have agreements that lay out commission splits but declined to go into detail about it.

An emphasis on teaching is key to the office dynamics, said Jones, who has used an outside business coach for more than 12 years. He meets with people on her team individually and as a group. On top of that, Jones’ sales director, Nicole Plaxen, meets individually with everyone on the team at least once a week.

“We go over everything that’s going on,” Plaxen said. “Objectives, obstacles, what leads they have, what they can convert and what I can get involved in.”

Plaxen has been with Jones for 11 years, 10 of which she spent as a transaction coordinator. About a year ago, she began doing one-on-ones and “getting down to the nitty-gritty.” In particular, she looked at conversion rates, breaking down how many buyers and sellers were coming from open houses, networking, door-knocking or cold-calling.

Plaxen said these one-on-ones helped the team navigate market shifts in the first quarter of 2018. She was able to evaluate which strategies weren’t working and help agents “maneuver through the ebbs and flows.”