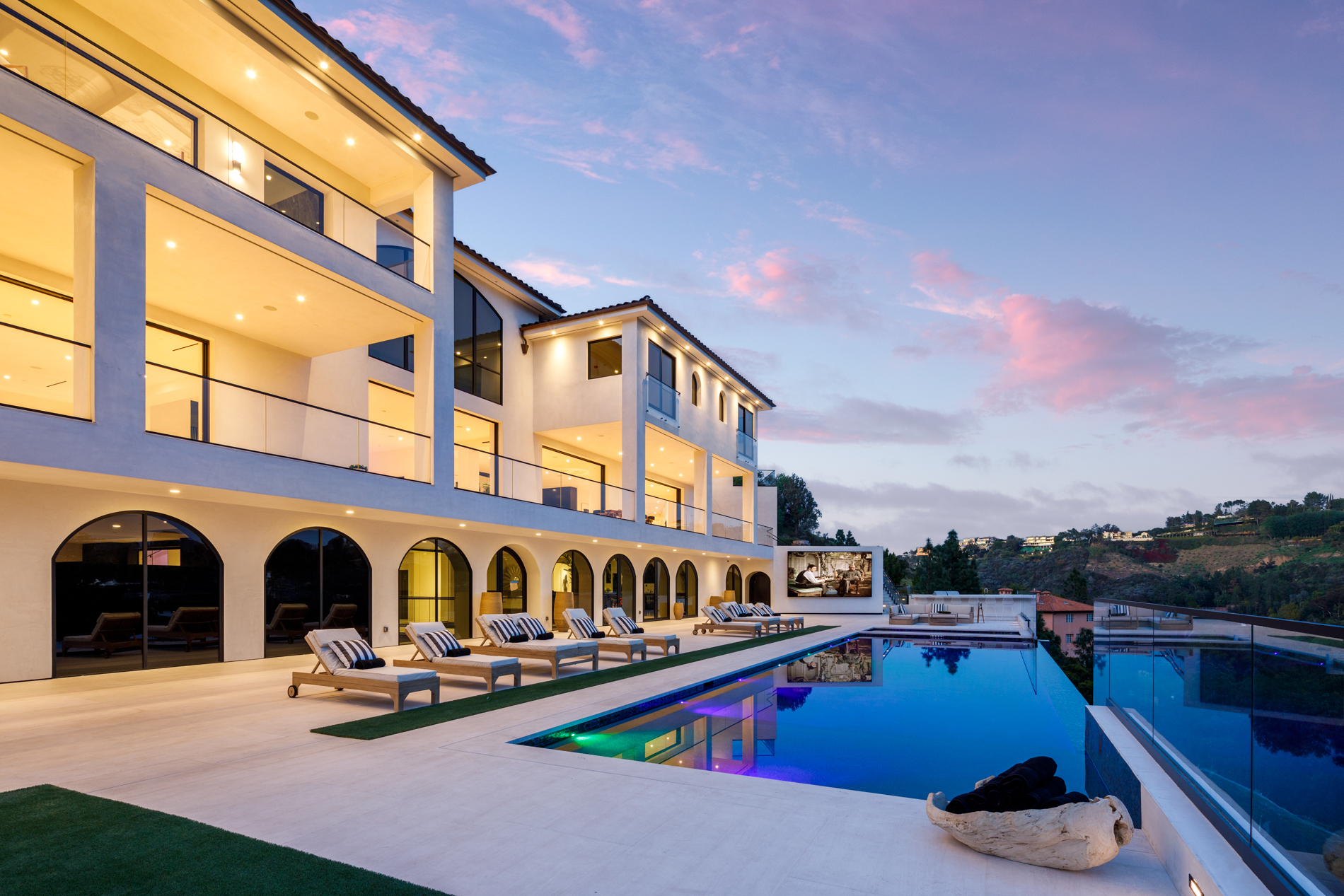 If homes can sell for $30 million or $40 million during a pandemic, why not $100 million? That’s the multimillion-dollar question in Bel-Air, where a newly built megamansion has entered the market at the nine-figure price.

While lower-end home sales have cooled, the upper crust continues to see plenty of action. Since the beginning of March, L.A. County has seen more than 80 sales of $5 million or more, including more than a dozen sales north of $10 million, according to the Multiple Listing Service.

Among those was the $43.3-million sale of the Georgia Frontiere estate in Bel-Air and Kylie Jenner’s $36.5-million purchase of a new compound in Holmby Hills. (Jenner also doubled down in Hidden Hills, paying $15 million for a five-acre development site.)

In other words, high-end homes continue to find buyers, which is good news for Bel-Air’s latest speculative offering (and Elon Musk, who has apparently started a new career as a real estate agent).

Designed to evoke a Spanish villa, the modern compound boasts such amenities as an indoor basketball court, a 1,200-bottle wine cellar and a state-of-the-art recording studio. Completed this year, the sprawling residence sits behind gates on more than an acre with an auto gallery, indoor and outdoor swimming pools and an outdoor kitchen. An outdoor Samsung display is weatherproof.

Walls of glass open to patios on multiple levels. Views take in the surrounding canyon, mountains and city lights.

The compound joins a crowd of six other L.A.-area properties that are publicly listed and priced at $100 million or more. Among them is the Malibu estate of Metro Networks founder David Saperstein, which is listed at $115 million, and the storied Beverly House, which returned to market in February at $125 million.