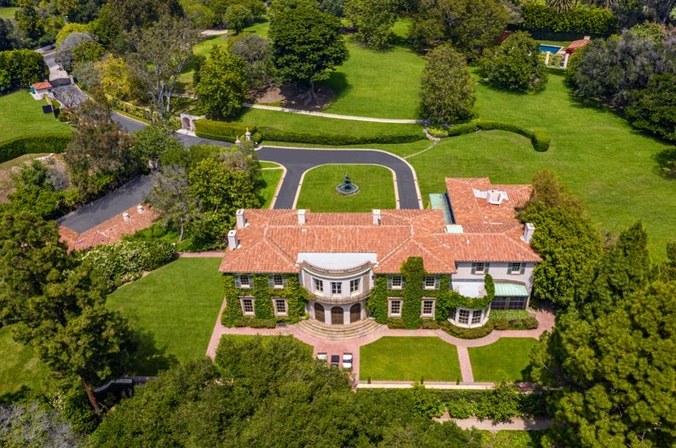 Los Angeles’ most coveted property, the Owlwood Estate has just hit the market. 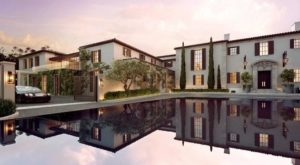 This historic dwelling sits on ten acres in the affluent enclave of Holmby Hills, nestled between Sunset Boulevard and the renowned Los Angeles Country Club. The Italian Renaissance-style house designed by architect Robert D. Farquhar boasts nine bedrooms and ten bathrooms across the main house, guest house, and staff quarters, and has been inhabited by Hollywood moguls and luminaries since it was built in the early twentieth century. 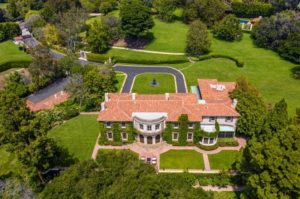 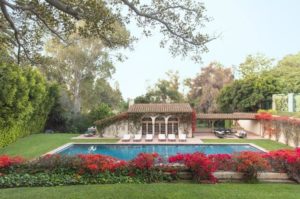 The location was cherry-picked by the original developer and visionary behind Holmby Hills, Arthur Letts for his personal family estate. Ultimately built in the 1930s by Lett’s widow, Florence Letts Quinn and subsequent husband, businessman Charles H. Quinn, the home itself was the largest and grandest residence in Los Angeles at the time and continues to break records in historic sales for Los Angeles County. 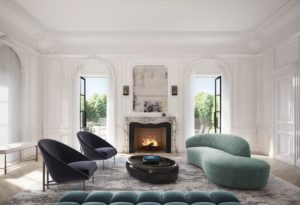 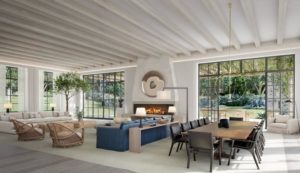 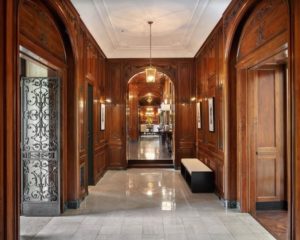 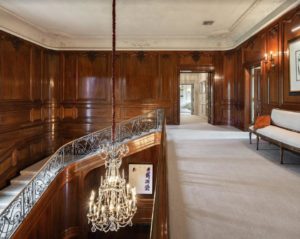 Following Florence Quinn and her family, the subsequent owners of the ostentatious 12,200-square-foot mansion include hotelier Joseph Drown, business partner of Conrad Hilton and founder of Hotel Bel-Air, 20th Century Fox founder and first president of United Artists Joseph Schenck, oil tycoon William Keck, and actor Tony Curtis who sold the house in 1974 for approximately $750,000 to iconic music duo Sonny and Cher. The pair had coveted the property since they attended a birthday party for Tony Curtis, and eventually convinced him to sell.

While Joe Schenck was the lucky inhabitant of Owlwood, he met Marilyn Monroe on a studio lot at 20th Century Fox. Schenck often hosted the starlet at Owlwood for dinner and she visited frequently, so much so that they quickly became rumored lovers although she fervently denied it. 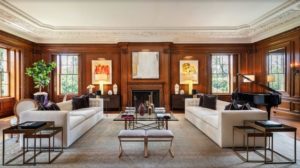 While the property has awaited a homeowner, the estate has been used as an event venue most notably for the star-studded Grammy Awards brunch in 2017 hosted by Jay-Z, attended by Rihanna, Nick Jonas, DJ Khaled, Sean “Puffy” Combs and more. 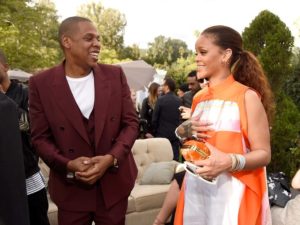 Listed at $115,000,000, this pedigreed property is represented by Sally Forster Jones, Tyrone McKillen and Tomer Fridman of Compass, and Drew Fenton of Hilton & Hyland. The estate is an iconic luxury property from the Viewpoint Collection portfolio.