Home > Blog > Lavish open houses not only present a beautiful home, but a whole lifestyle

Lavish open houses not only present a beautiful home, but a whole lifestyle

On a June evening in the Bird streets area above Sunset Boulevard, some 60 people clustered around an outdoor infinity pool, clutching tiny envelopes. On the say-so of the host, the envelopes were held aloft, and dozens of butterflies were released into the air. 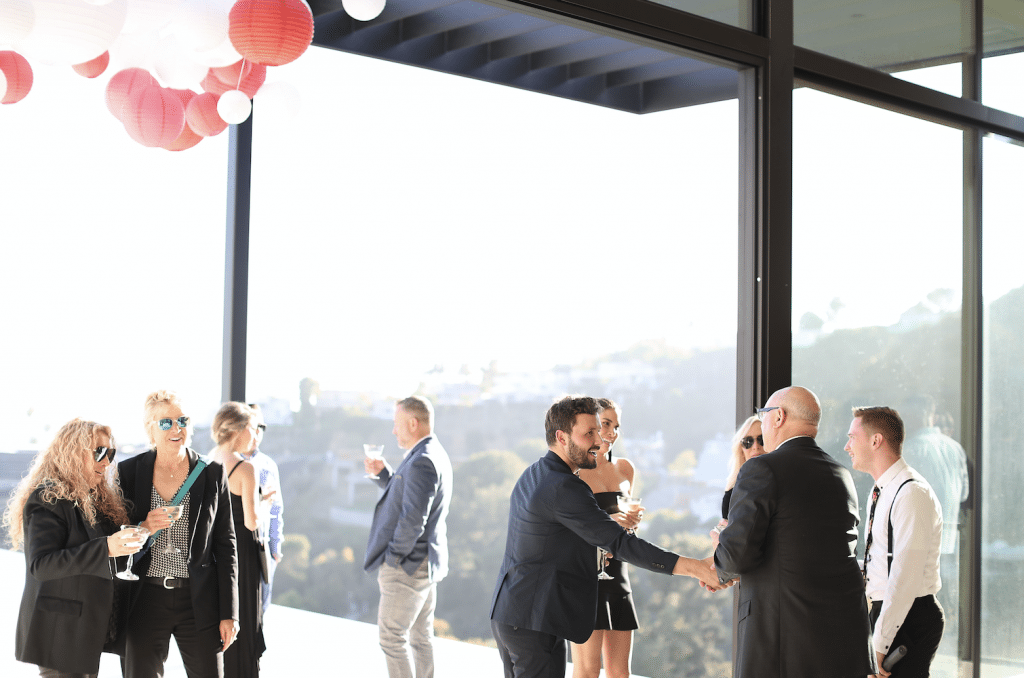 The guests then picked up their lychee martinis and sat down for a sushi dinner, before being treated to a performance of Taiko drumming and a woman dressed as a geisha singing from “Madame Butterfly” as she descended a staircase amid a flutter of rose petals. 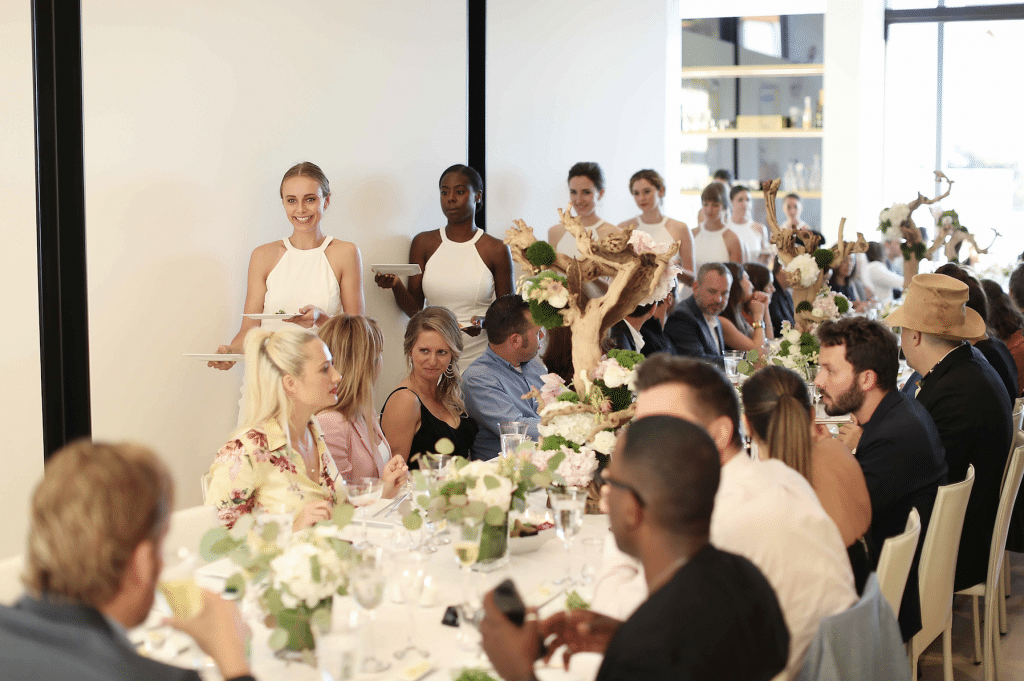 This wasn’t an after-party for a movie premiere or a luxury fashion launch. It was a broker’s open house, designed to sell the $25.5-million property — named Estate of Zen — in which the party was being held.

The guest list included high-end brokers, managers of celebrities, and others connected with potential buyers. And the soiree was one of several that happen routinely in the luxury home category in Los Angeles, each one striving to be unique. 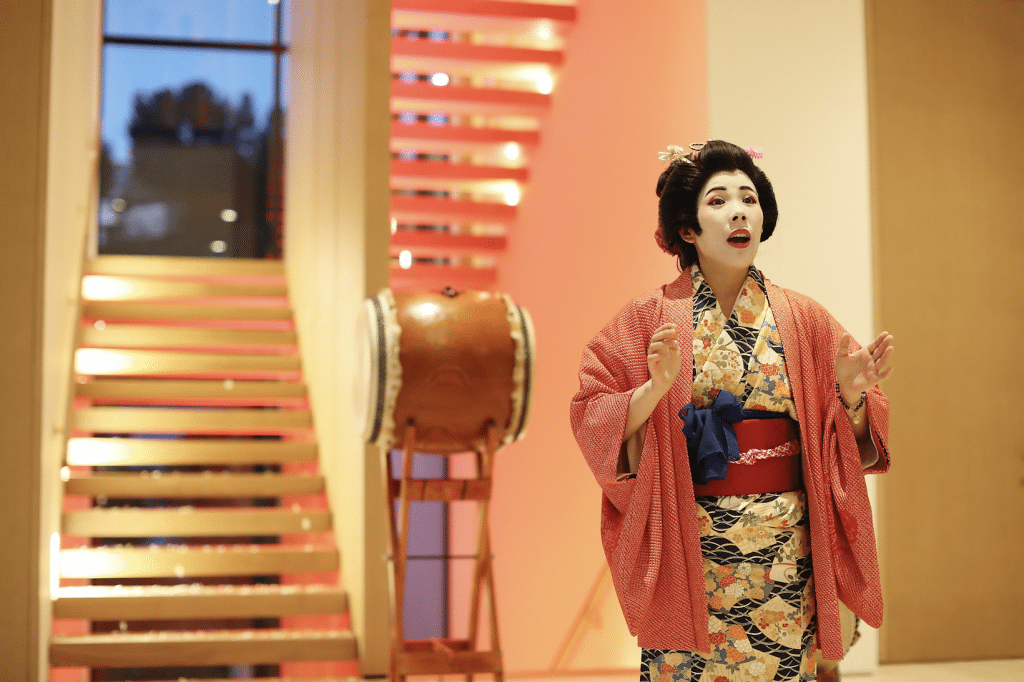 “At the high end, it’s no longer about ‘Here’s the house, here’s the closet,’” said Sally Forster Jones, executive director of luxury estates at Compass Real Estate, which has the listing for the 10,000-plus-square-foot Estate of Zen. “You have to present a whole lifestyle, showing people how they would entertain in the house, how they would imagine themselves in every aspect of it.”

Prospective buyers would have to envision a pretty lavish lifestyle, judging by the scale of some of these parties. At one held in mid-July at a $38.5-million mansion in Bel-Air, champagne-pouring aerialists hung from the sky, a large globe bobbed in the 60-foot-long swimming pool, and cocktail servers morphed into dancers while a DJ spun tunes.

The point was to showcase a “modern, cool, sexy young property by catering to that demographic,” said James Harris, a broker at the Agency who, with his colleagues David Parnes and Mauricio Umansky, hosted the event for about 150 people.

The trend in glamorous open houses started a few years ago, said Tomer Fridman, Compass’ global director of international markets, celebrity and luxury real estate. The timing coincided with what he describes as “the renaissance of the market in Los Angeles, with a lot of international interest.”

The open houses are designed to kick-start a wider marketing initiative. Building on the attention generated from the Estate of Zen bash, Forster Jones and Fridman hosted a more modest open house just for brokers. It was the day before the Fourth of July, when many people had already left for vacations, but some 150 agents showed up. “We were shocked,” Fridman said.

The Agency’s Harris said these events are mostly reserved for newly built homes because “they are a blank canvas to work with.” And he disagreed with the overriding sentiment that these parties should be only for properties in the multiple millions — he said even a house at $2 million could benefit from a specific type of branding.

“It’s purely about getting the right people there, and having the right type of entertainment, which could be a taco stand or Icee truck and maybe some synchronized swimmers in the pool,” he said.

The parties are typically paid for by a deep-pocketed agent and may include sponsorship arrangements with liquor or car brands. The cost of a noteworthy open house can be anywhere from $20,000 to $100,000.

No matter the budget, insiders say it’s all about targeting your demographic.

Ten50, a building in downtown Los Angeles where prices ranged from the low $600,000s to more than $4 million (all have sold, with the exception of two penthouses listed at about $2 million), through last year hosted a series of events at the sales office and model units designed to appeal to the hip and well-to-do young people targeted as buyers.

There was a pop-up brewery; a local muralist created art on the building’s exterior; champagne, charcuterie and edible art arrangements were laid out; and a “picnic in the sky”-themed open house took place in one of the penthouses with modern Mexican food and flavored water on the menu.

“The question is, does all this sell homes?” said Mike Leipart, managing partner of the Agency Development Group. “Sometimes. But there’s not a direct line between doing a party and signing off on a sale two days later.”

Throwing a lavish event might be worthwhile if it causes brokers with well-heeled clients to see a home they otherwise would have ignored, he said.

Still, Leipart cautioned against “too much silliness” with the new way of doing open houses.

“I hope we’ve reached a tipping point” where listing agents stop trying to outdo one another with expensive parties, he said. Otherwise, listing agents will be stuck in an arms race as they try to attract brokers’ attention — and agents won’t be able to opt out.

If this becomes the norm, he said, “you can say to yourself, ‘Good brokers should know all the homes that are for sale. That’s their job, and I don’t need to spend $100,000 to help them do their job.’ But if nobody comes to the open house, you’re going to lose that listing.”

First published in the LA Times