Formula One star Daniel Ricciardo has revealed why he loves to spend time in Los Angeles where he has a $13million mansion.

The racing driver from Perth first went to LA five years ago. He said the city 'immediately resonated well with me' and so he bought a home there in 2018.

'The weather, having the beaches close by, I feel like you can escape the madness of it all,' he told the West Australian. 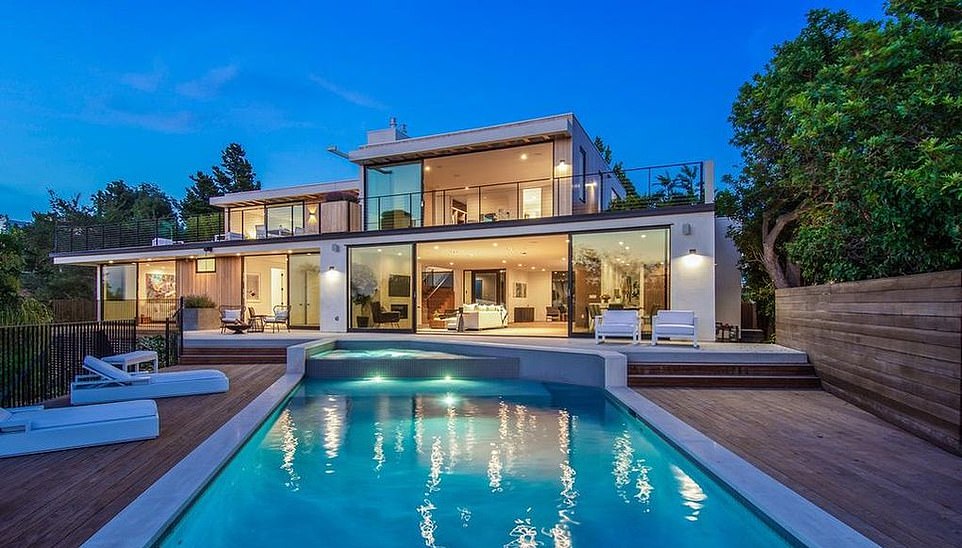 'There's always something happening here. You never get bored.'

The 30-year-old bought the home in a part of the City of Angles known as Beverly Hills Post Office.

The mansion is an updated 1960s classic pad - and it only has a two-car garage - but it has a luxurious living space, making up for limited car spaces. 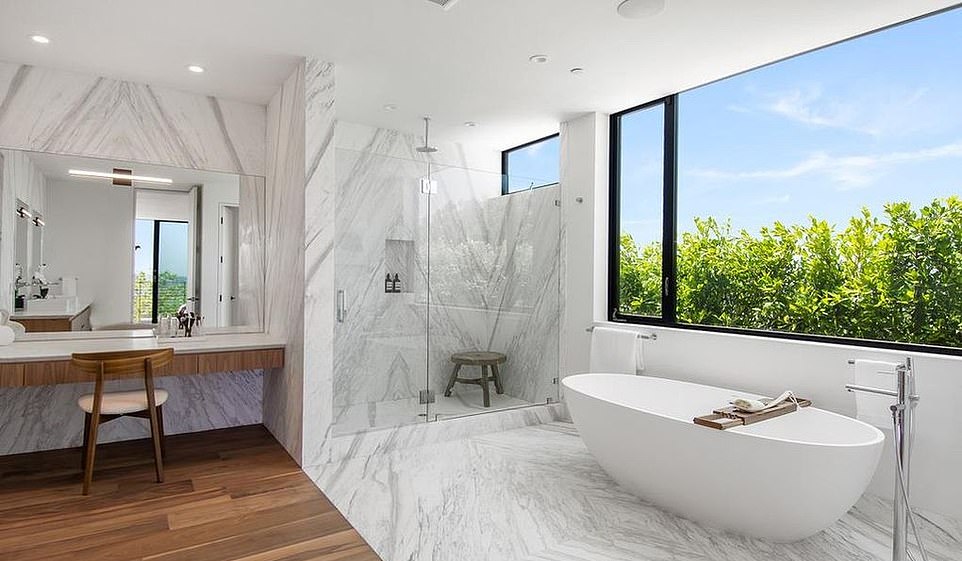 The home, which has views of the Pacific Ocean and Coldwater Canyon, has five bedrooms - one of which has a fireplace, a deck and a timber ensuite.

There are five bathrooms and the grounds of the home are just as spectacular.

The mansion has a large entertaining terrace, a shelf to sunbath on, a pool and a spa.

Inside, the home has an up-to-date kitchen with a sub-zero fridge and European appliances. 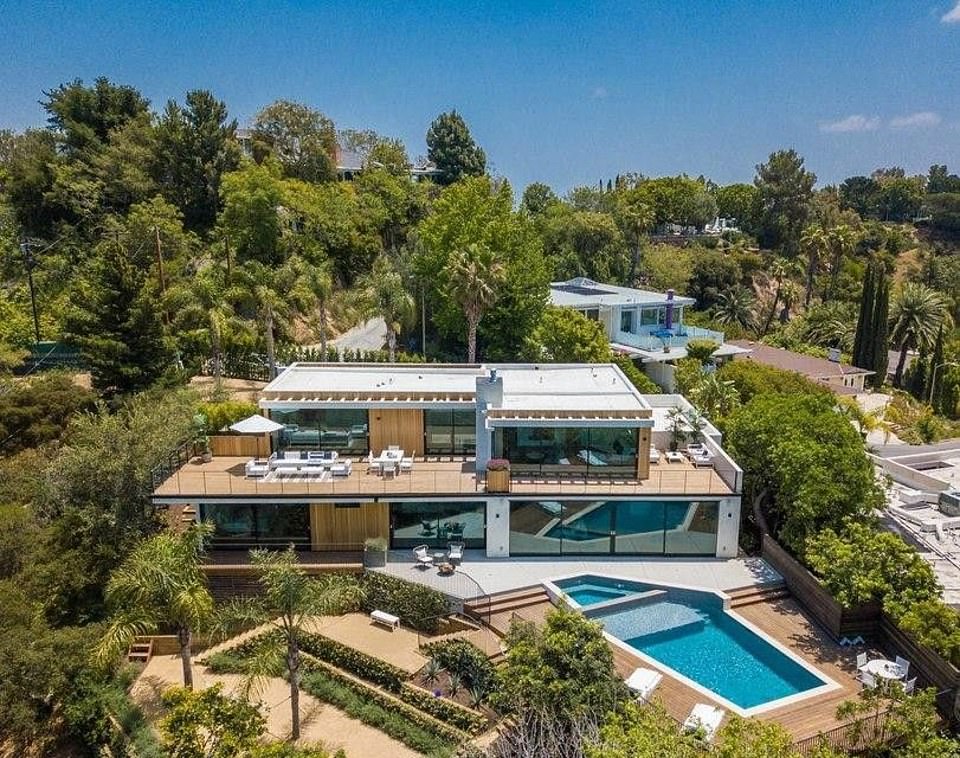 The home has a large entertaining terrace, a shelf to sunbath on, a pool and a spa. The property has views of the Pacific Ocean 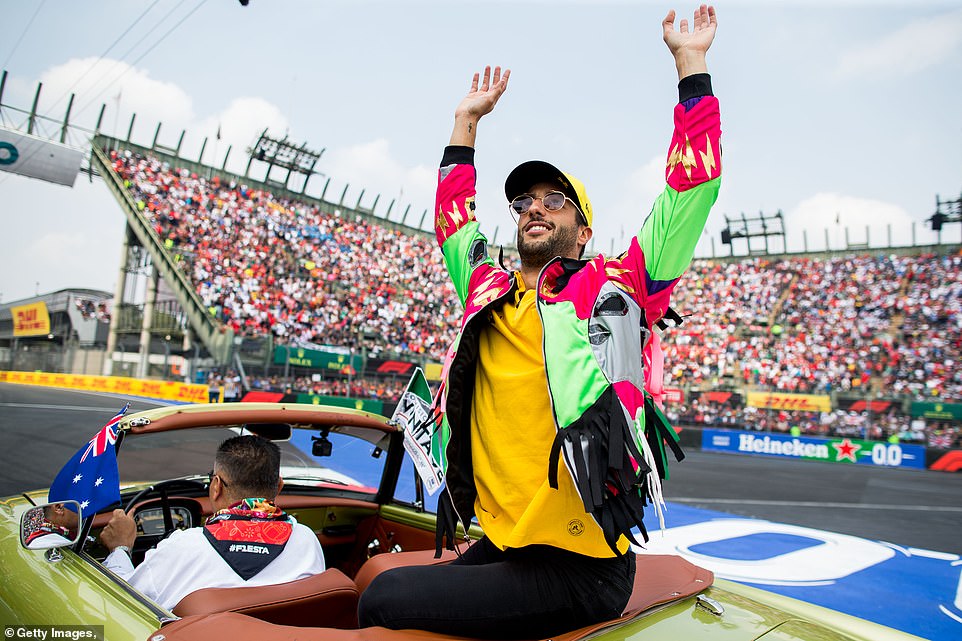 Daniel Ricciardo of Australia and Renault during the F1 Grand Prix of Mexico at Autodromo Hermanos Rodriguez on October 27, 2019 in Mexico City 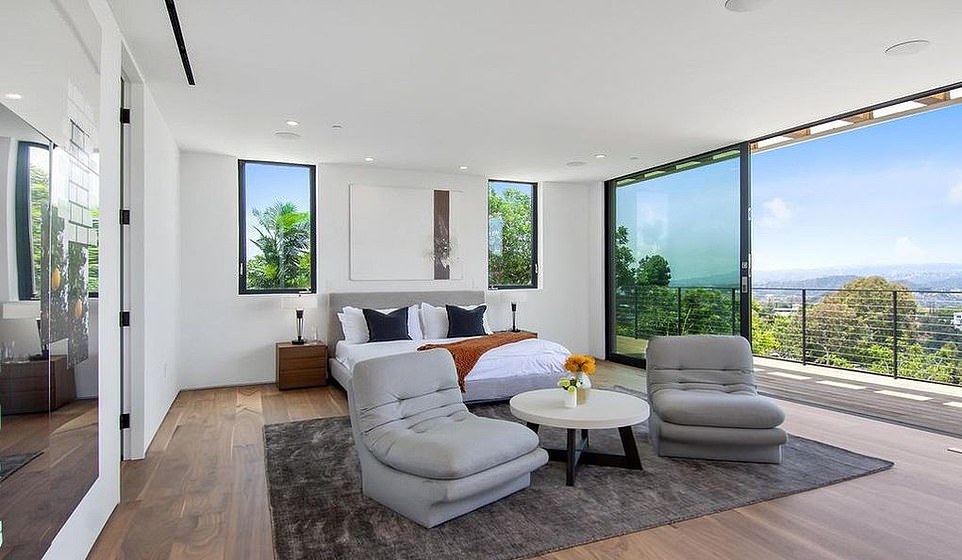