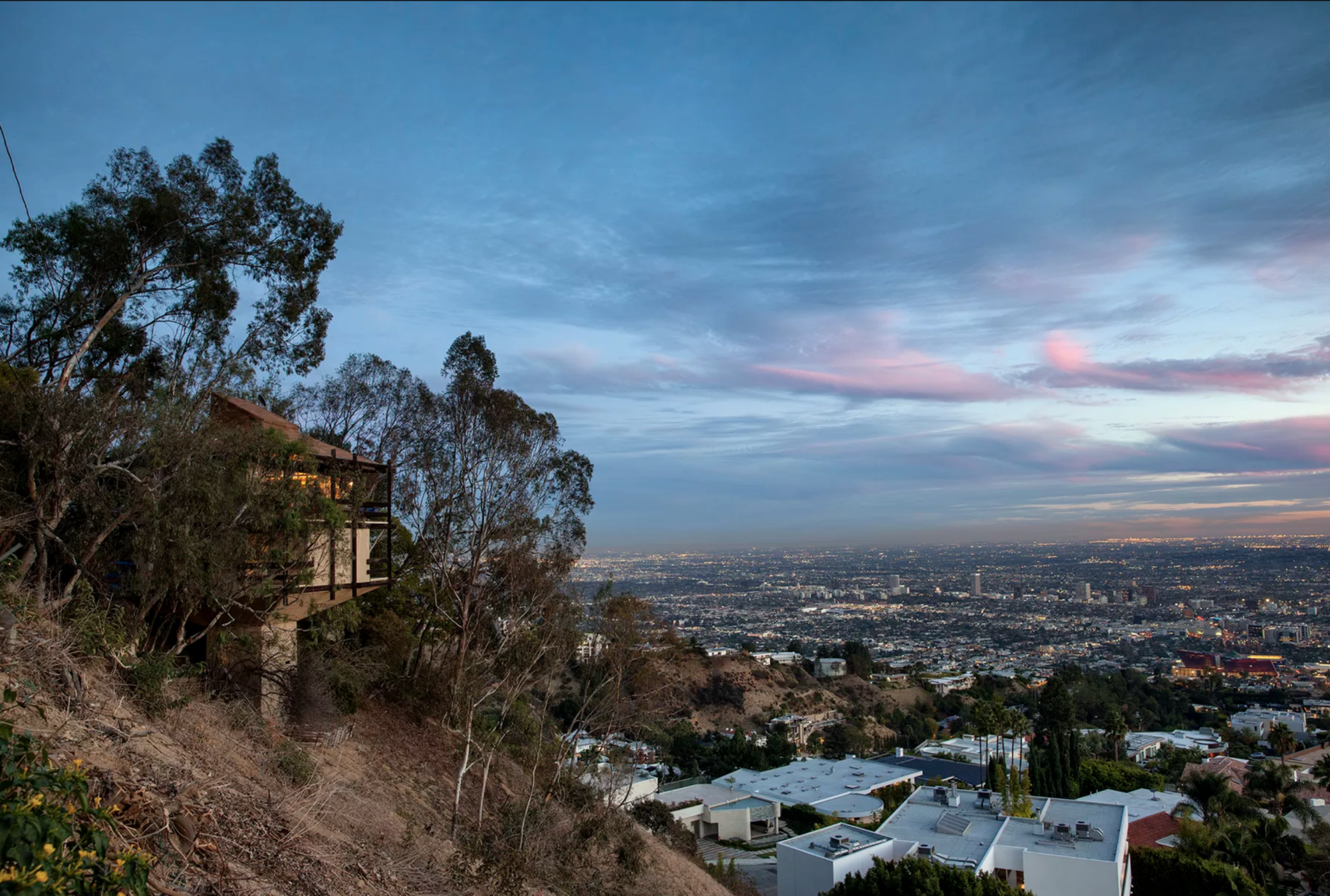 The long-time home of Los Angeles architect Bernard Judge and the expansive property it sits on in the Hollywood Hills are up for sale.

The property occupies 2.3 acres above the celebrity-favored Bird Streets. The size of the property and the $4.75 million price tag are likely to attract a buyer looking to use the land on which to build. (Sally Forster Jones and Myles Lewis of Compass have the listing.)

The residence was completed in 1975 by Judge as his private residence. Judge received a patent for the structural system he created while designing the house, which hangs off the hill. The dwelling holds two bedrooms and one bathroom, and measures just over 1,000 square feet—much more modest than the newer homes that occupy the area.

Blaine Mallory, Judge’s wife, acknowledges that the listing is mainly a land sale, though she tells Curbed that she and Judge hope that the buyer preserves the house. The listing suggest that “the architecturally significant structure could be an ideal ADU to a new property.”

Mallory says she and Judge are selling their home because the house’s two-story format and stairs are not ideal for the now-88-year-old architect.

As often happens when an architecturally interesting property is about to change hands, some preservationists have begun to strategize about potentially landmarking the Judge house. But Mallory says she hopes they don’t.

“We appreciate that people love the house,” Mallory says. “We do too.” But, she adds, she and Judge would be “upset” if anything happened that could potentially complicate the sale of the property.