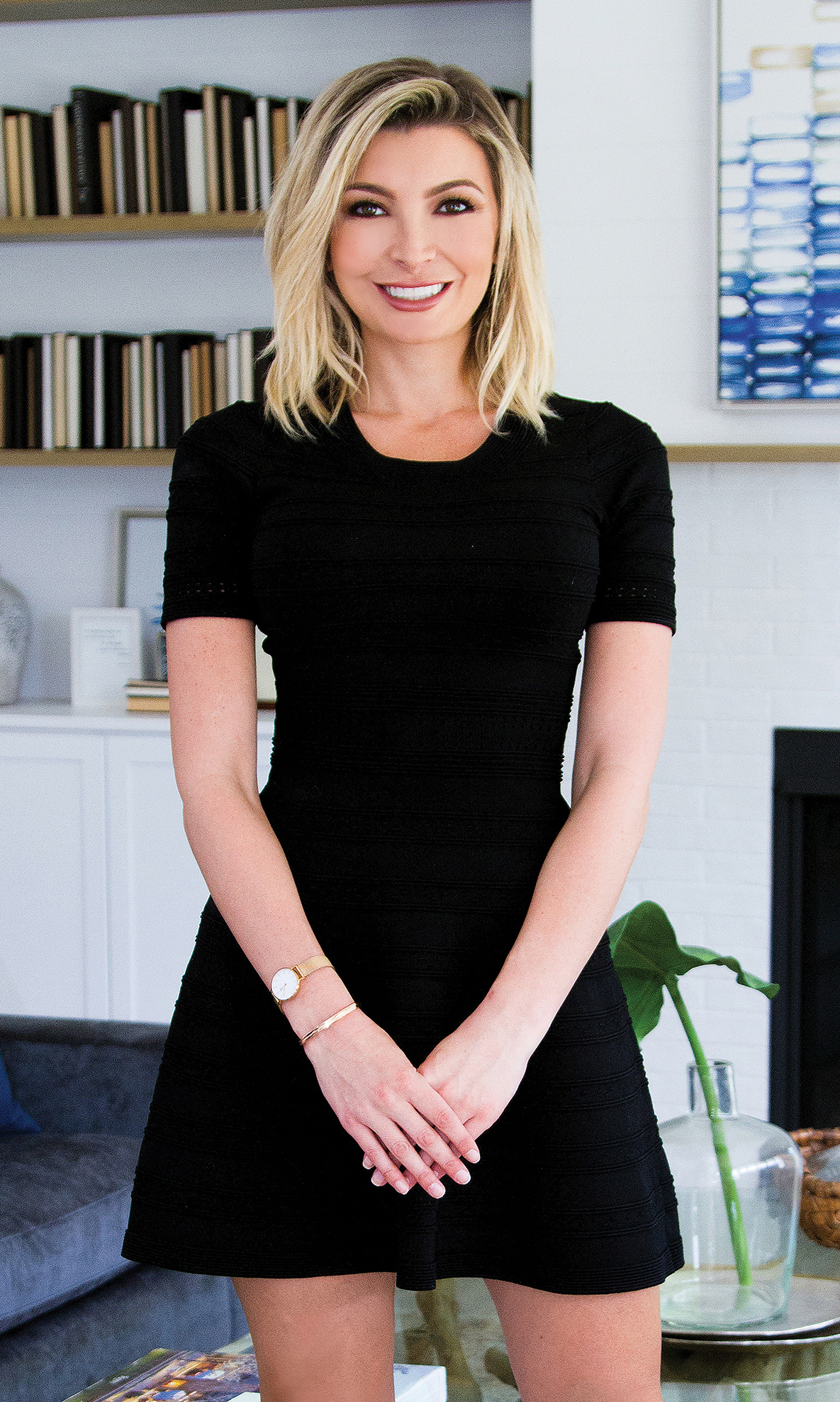 Brooke is currently Director of Luxury Estates with the Sally Forster Jones Group, the #1 Team at Compass Beverly Hills, with over $6 Billion in total sales volume. As a Pacific Palisades native, and a third-generation real estate agent, Brooke has a thorough understanding of various Southern California locales and offers insider knowledge of buying and selling luxury properties from the Hollywood Hills to the coast.

Brooke graduated from New York University, Tisch School of the Arts, with a dual degree B.F.A. in Broadcast Journalism and Theater, during which she worked at CNN in reporting and production. Shortly after graduating in 2010, Brooke began her career in real estate in New York City, working with some of the top brokers in Manhattan, and was featured on Million Dollar Listing New York.

Brooke returned to her hometown of Los Angeles in 2014, and quickly developed and expanded her loyal client base on both coasts, as well as internationally. She resumed her studies in Architecture and Interior Design at UCLA, where she expanded her specialized knowledge and creative intelligence to advise clients on how to maximize ROI using cost-effective interior design and staging. As a result of her design and marketing expertise combined with her expert negotiation skills, she continuously achieves record-breaking prices for her sellers. She also continually finds and negotiates incredible deals both on and off-market for the buyers she represents.

Beyond real estate, Brooke is very involved in philanthropy throughout Los Angeles. She sits on the Board of Directors of The Blue Ribbon, The Music Center’s premier women’s support organization committed to enriching lives and the greater LA community through arts education, volunteerism and financial support for The Music Center and its resident companies. She is also a member of The Library Council of The Los Angeles Library Foundation, and an active supporter of animal rescue organizations such as Animal Haven in NYC, Dogs Without Borders in LA and Best Friends Society. She has two rescue dogs, Mac and Lola, and is also an avid fitness enthusiast.

What our clients are saying

"Brooke is the greatest. I had a condo I wanted to sell in a down market before the market declined further. She recommended I paint it white, move out and have it staged. Although I was a little hestitent at first especially having to move out and having to pay extra rent if the condo didn't sell quickly, I decided to listen to the expert and followed her suggestions. I was able to get it painted in about 1 week and moved out. Brooke then sent in someone to clean the place and the next day she...
Brooke was really great. She helped me buy a home that I love in this tough market. I had a previous experience with another agent right before her who modified my offers without telling me, and the offers were not in my best interest, so it was nice to be able to find someone who can be trusted. I highly recommend her and would definitely use her again for my next home.
Brooke represented me on a recent transaction and it was my first time working with her. My experience was very good she was on top of every detailed and help me secure and close a property that had multiple offers. She was tough combined with great communication. Not pushy and she truly cares! I have plans to continue working with her
Brooke is a fabulous designer and realtor! She helped me make my condo go from being average to awesome! She provided a CMA analysis that was also really helpful. She is caring, trustworthy, resourceful and inspiring. I also really like that she is from LA, but lived in NY, so she has experience living in the top US cities and brings a cutting edge eye for design from NY into So Cal! Go with Brooke!
Brooke was very creative and helpful in selling my apartment in NY. She rented furniture to decorate the home and stage it for sale. I highly recommend her.
I have bought and sold many homes over the years and I can honestly say Brooke is hands down the absolute best. She gave us 100% of her skills, determination and heart. Her wonderful disposition and tenacity make her a force to be reckoned with. I am proud to say she will always be our go-to real estate specialist and our wonderful friend. She was on point through out the sale of our West Hollywood home and was absolutely instrumental with the purchase of our new and fabulous Norma Triangle home...
Brooke helped me sell a co-op in Gramercy Park for OVER asking price in only a matter of weeks! Stop your search for a broker - just use Brooke if you want to sell your apartment fast and for the highest price.
Brooke Elliott helped me find a perfect apartment to rent in the financial district, after months of looking on my own and coming up with nothing - I contacted Brooke via the nest seekers web site- She not only found me the perfect apartment she negotiated the lower than what the owner was asking! Brooke conducted herself with the utmost integrity and honesty - I could not be happier with my choice to hire Brooke Elliott- Also - When my business was looking for new commercial office sp...
Scroll down