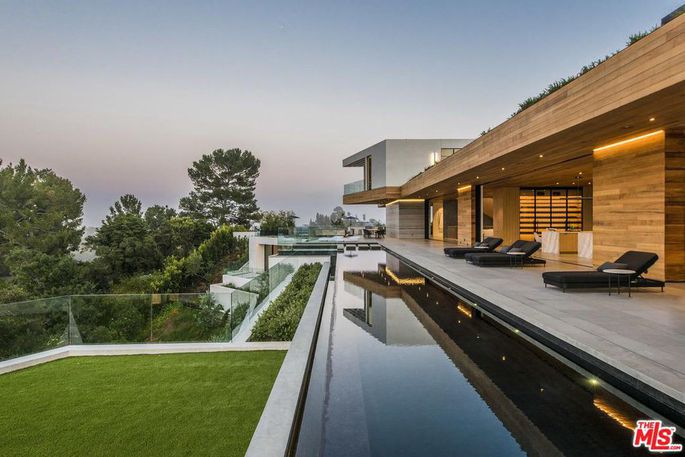 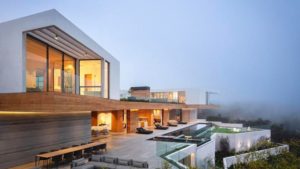 A recently completed “architectural marvel” in Beverly Hills, CA, is the week’s most expensive new listing on realtor.com®. Designed by the acclaimed Los Angeles architect Noah Walker, the luxury estate is on the market for $46 million.

Now known as “Carla House,” the posh property in the Trousdale Estates neighborhood is loaded with upscale amenities.

The design centers on the surrounding views, stretching from Griffith Observatory to the Hollywood sign. Located right at the end of Carla Ridge, the secluded manse offers seven bedrooms, nine bathrooms, and an astonishing 20,541 square feet of living space.

If living space is a crucial factor for a well-heeled buyer, this is the spot. In fact, it’s one of a kind—and likely to remain that way.

It’s the only opportunity to own a three-story house in the sought-after neighborhood—an area where building up toward the sky is now forbidden. According to a press statement, it’s also sited on the largest lot allowed—a full 1.2 acres. 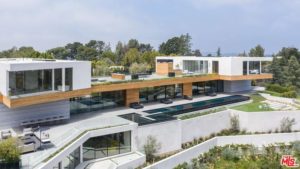 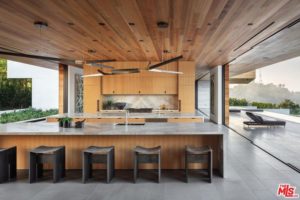 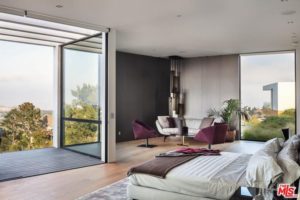 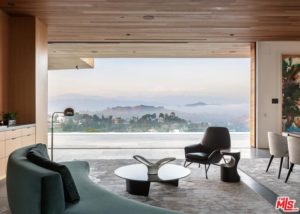 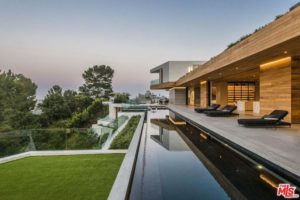 The open floor plan features disappearing walls of glass, which open out to expansive decks. And the extensive use of wood helps the large structure blend into its surroundings. Think of it as organic, but with a distinctly modern twist.

Inside, the sleek space offers a gourmet kitchen with dual marble islands, a wine cellar, and white oak cabinetry. The kitchen then opens out to the pool and backyard area.

The well-appointed master suite features a leather wall, lounge, balcony, and bath with a soaker tub.

Other de rigueur luxury features include a movie theater, fitness studio, office, elevator, and staff quarters. And the grounds feature a main-level deck with an 80-foot pool, lounging and dining patios, an outdoor kitchen, and a fire feature. In addition, the property also comes with a five-car garage.

The luxury build is part of the Viewpoint Collection, which is described as “an inspired collection of masterwork homes being developed in the most iconic areas of Los Angeles.”

The exclusive locale has attracted plenty of celebrities to the neighborhood, including Jennifer Aniston, as well as Cindy Crawford and Rande Gerber. Uber co-founder Garrett Camp recently made headlines with his $72.5 million home purchase nearby. That’s apparently the highest price paid in Beverly Hills, Variety reported.

Carla House doesn’t stand alone with its sky-high price. A couple of months ago, a different modern home in Trousdale Estates was named our most expensive new listing—and it’s still available for “only” $29.5 million.