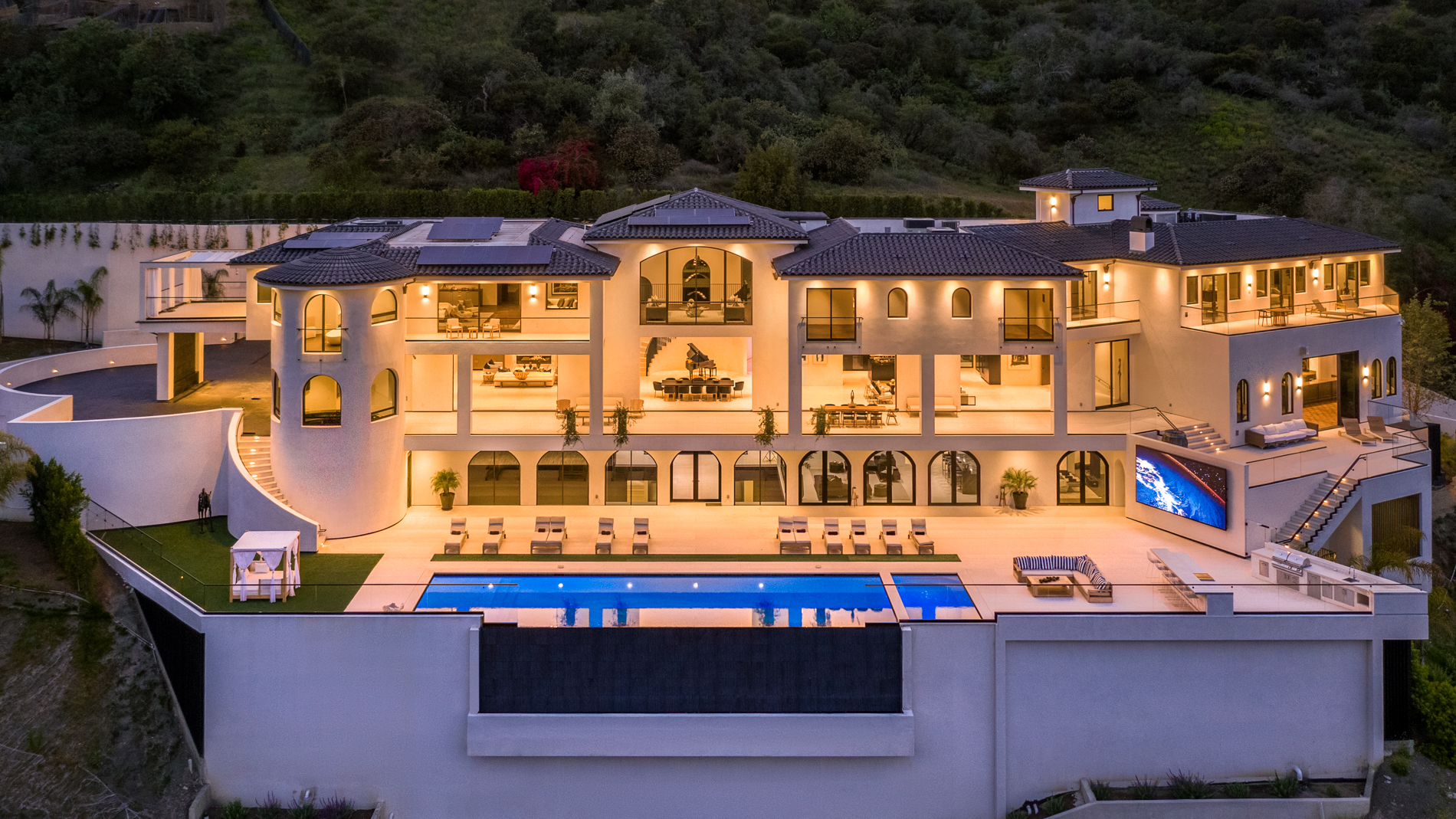 The 41,000-square-foot house joins a handful of nine-figure properties for sale across Los Angeles

The listing of a $100 million mansion in Bel Air on Tuesday goes to show that even a global pandemic can’t put the brakes on Los Angeles’ megamansion market.

The sprawling Spanish-style mansion has been dubbed UNICA and is touted in its marketing materials as a “one-of-a-kind trophy estate with rare amenities and luxuries of resort living.”

his is a “fantastic time,” to list the home, according to listing agent David Kramer of Hilton & Hyland. “There’s not that much inventory and big homes are selling.”

Indeed, Los Angeles’ high-end residential market appears unfazed by economic uncertainty posed by the coronavirus. Los Angeles County recorded 82 home sales over $5 million during March and April this year, a dip of just three transactions compared to the same period in 2019, according to the Los Angeles Times.

Buyers have a great level of confidence in the strength of the city’s residential real estate sector, Mr. Kramer said.

The property’s nine-figure price tag adds it to the ranks of a handful of other properties currently on the market across some of the city’s most exclusive enclaves with price tags of $100 million or more.

They include The Enchanted Hill, a 120-acre undeveloped site in Beverly Hills being sold by the estate of the late Microsoft co-founder Paul Allen—and reportedly almost sold to Amazon billionaire Jeff Bezos—and Owlwood, a $115 million estate on close to 10 acres in Holmby Hills.

Newly constructed, the more than 41,000-square-foot UNICA has eight bedrooms and a whopping 21 bathrooms.

The mansion is loaded with high-end amenities, including a basketball court, a 36-person theater and a wellness center with an indoor pool, a sauna, a steam room, a salon and a fitness studio, according to the listing.

There are also eight bars, maid’s quarters, an “auto gallery” with space for more than 20 cars, an outdoor kitchen, and an infinity-edge pool.

With those features, the future owner is going to be “somebody who definitely does not want to leave their home and wants everyone to come to them—that’s our buyer,” Mr. Kramer said.

Listing records show this isn’t the home’s first spin on the market, having been listed in 2018 with the same $100 million price tag. Mansion Global could not determine how much the lot was acquired for.

Mr. Cueva, along with Dean Hallo of Hallo Construction developed the property.